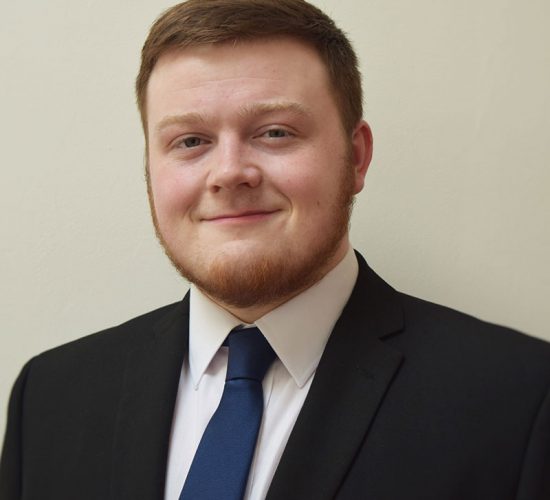 Emyr Jones, 22, grew up near Caernarfon, North Wales and studies with Quentin Hayes at the RNCM. Emyr is a winner of the Elsie Thurston Song Prize, the James Martin Oncken Song Prize and the Joyce Budd Prize at the Kathleen Ferrier Society Bursary for Young Singers.

He has performed in the RNCM opera chorus in productions of Handel’s Theodora, Massenet’s Cendrillon and Humperdinck’s Hansel and Gretel, and most recently as Pinellino in Puccini’s Gianni Schicchi and as Obstinate in Vaughan Williams’ The Pilgrim’s Progress. During the summer of 2018, Emyr appeared at Buxton Festival Opera in a semi-staged performance of Brescianello’s Tisbe with La Serenissima.

Emyr enjoys competing at the National Eisteddfod and has been successful in winning the Baritone Solo, Folk Solo and the Opera Duet competitions over the past few years.