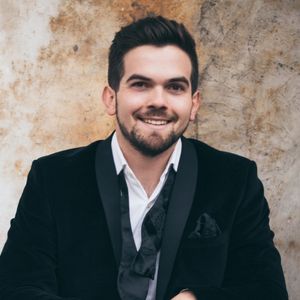 Recent notable engagements include singing Boyar Sheloga / Bomley in Ivan the Terrible at Grange Park Opera, title role in Der Diktator by Krenek with Oxford Alternative Opera and recently completed a run of The Corn is Green at The National Theatre, London.

Ieuan is a busy concert singer and has performed as a guest soloist at The Royal Albert Hall, Bridgwater Hall, St David’s Hall and Wales Millennium Centre where he shared the stage with Sir Bryn Terfel.

Future engagements include singing and presenting at the National Eisteddfod, guest performer at the North America Festival of Wales in Philadelphia and directing and performing in the new children’s show Puck’s Adventures at Clonter Opera.