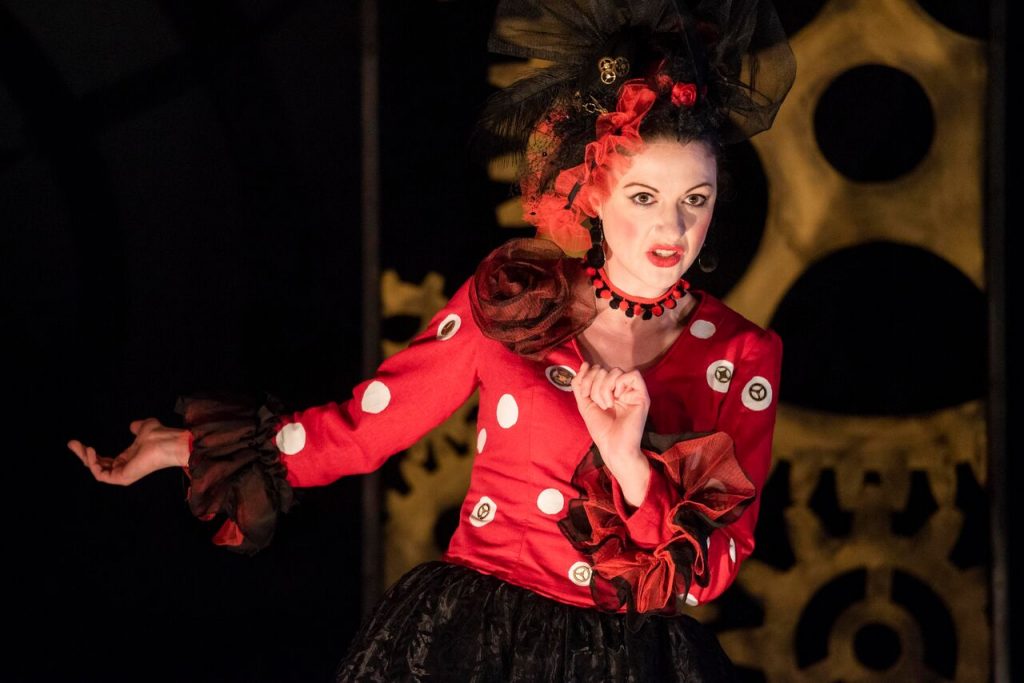 I play Concepcion who is married to the local clockmaker, he’s much more interested in the clocks than in her, so when he goes out to wind up the local clocks she takes her opportunity! She’s a fun, sassy, clever woman who needs a bit more stimulation that she gets at home!

I really love the music and it is very magical with lovely Spanish rhythms.

There’s a lot happening in the show and lots of jokes. The Ravel’s really short at 50 minutes, with this production the audience will be very close to the singers – and it’s sung in English so you will know exactly what we’re talking about. The costumes are really fun and have a panto vibe with lots of bright colours and make up. People will leave feeling entertained and taken up in the joy of the music 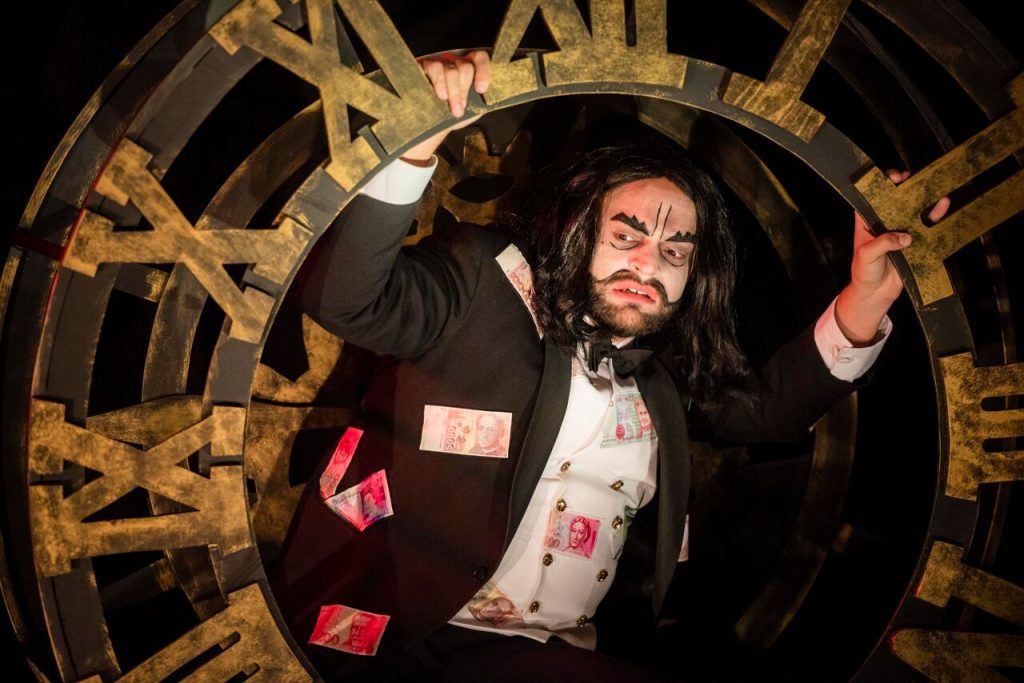 Don Inigo is the town banker and he is very much in love with Concepcion. He has a lot of power and money and he’s trying to get his own way – we all know the type! The show’s extremely funny and full of bawdy references.

Every second of this short show is hilarious! It’s a great opportunity to try opera because it’s short and not too complex. The music describes what’s going on as well – there are metronomes mimicking the clocks for instance, it’s an easy piece to understand. 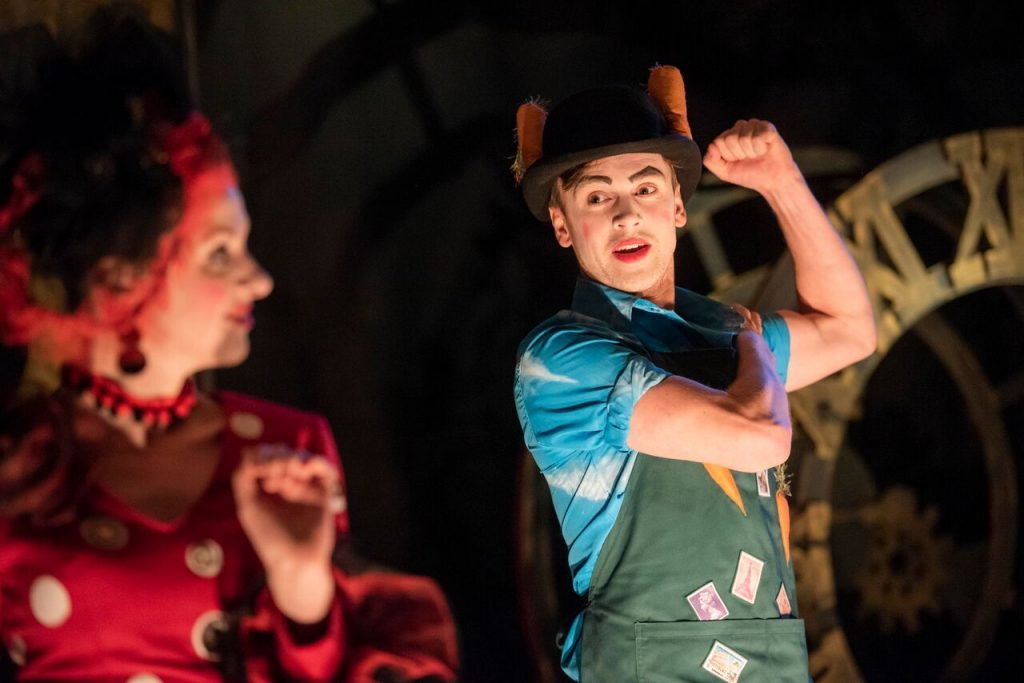 My character is the donkey boy – the muleteer Ramiro, basically he is a postman. He’s very strong but quite simple. He goes to get his watch fixed, a family heirloom which saved the life of his uncle the bullfighter, but gets forced to stay in the shop and spends most of the opera pulling clock cases up and down the stairs.

It’s a lot more fun than you might expect an opera to be, and it’s not going to take five hours of your life! It’s a great comedy and we’ve got wonderful singers and musicians. Our audiences will also get a really different experience from big opera houses, we’re in relaxed small venues and we’ll be very close to the audience.

I love this opera and love the musical aspects of it, I saw it for the first time about five years ago. The music is full of character and everyone has their own little motif so you instantly recognise their music. It has a very strong sense of Spain and Spanish culture. 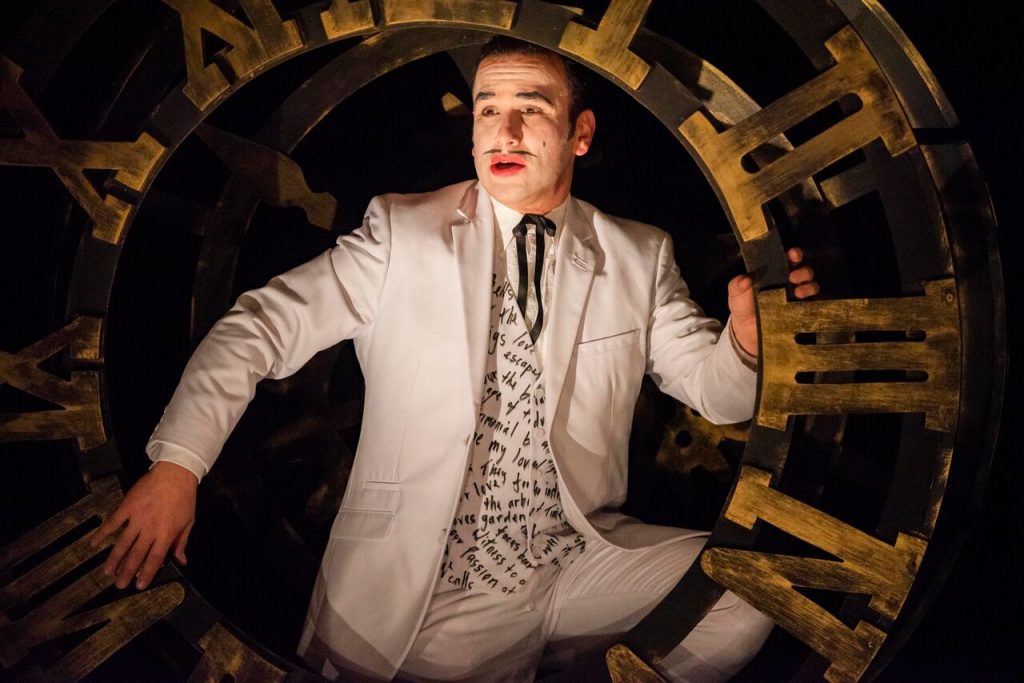 Tell us a bit about your character and the show?

My character is Gonzalve, basically the romantic poet and lover, but he’s also a bit impotent as a character and when he should be with Concepcion he is off writing poems and sonnets.

I’d say come with an open mind and don’t think of it as an opera it’s just great entertainment. We have great singing, orchestration, wonderful musicians and acting. The second half is marvellous fun as well. We’re hoping that people who’ve not seen an opera will come along and leave thinking they really like opera after all!

The production is really funny, we have a new translation into English by Richard Studer and it is full of jokes and double entendres, and the direction is very tongue in cheek. Because of the size of the venues our audience will be very close to the action as well – it’s really like bringing live opera into people’s own living rooms. 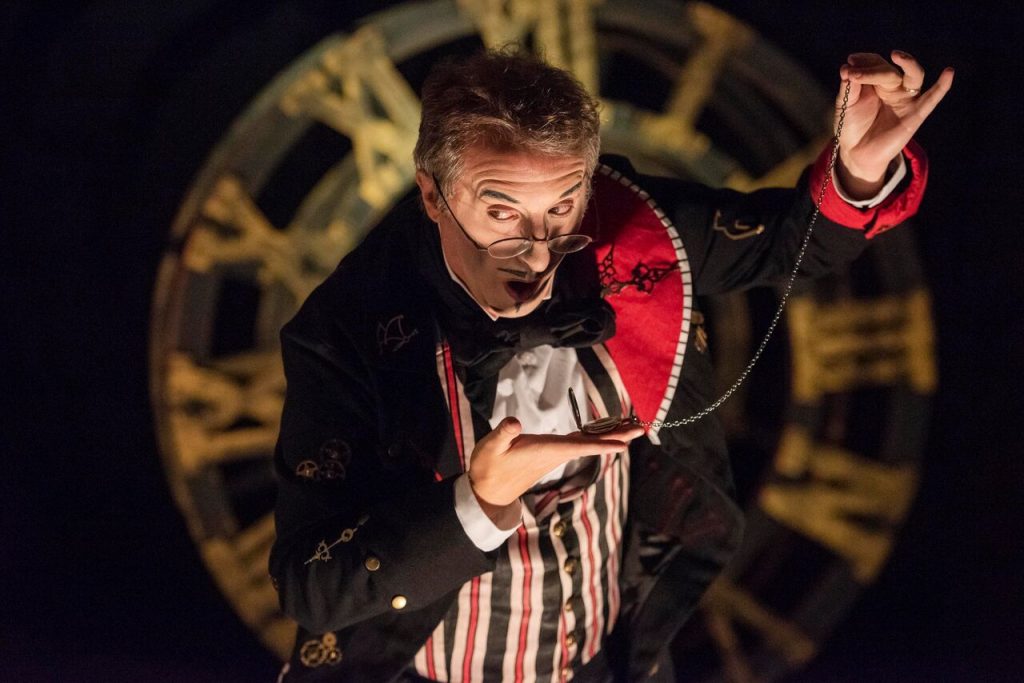 Tell us a bit about your character and the show?

Torquemada is the clock maker, and owns the clock shop – he is married to Concepcion and is obsessive about the clocks rather than his wife. He is married to the most beautiful woman in Toledo but more interested in the beauty and function of his clocks.

If you’ve never seen an opera before, think of this as a bedroom farce in the style of Alan Ayckbourn – it’s a great piece of drama and very funny and engaging – it’s such a fresh and funny production. There’s something for everyone in it – the drama, the music and amazing singing.