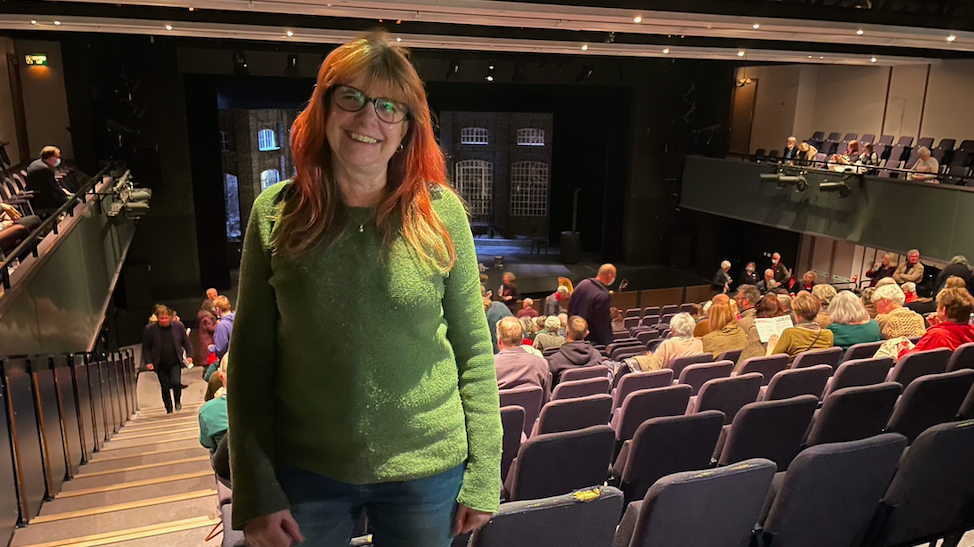 International Women’s Day is a global day to celebrate the social, economic, cultural, and political achievements of women. Today, we’re celebrating all the incredible women of opera, and particularly those who make our spring 2022 tour of La bohème possible.

Behind the atmosphere and emotions conveyed in the production is prolific Lighting Designer, Elanor Higgins. Elanor is based in Wales, but her work has taken her throughout the UK and internationally, including Ireland, Spain and the Sydney Opera House. Elanor is a graduate of the Royal Welsh College of Music and Drama where she returns as a guest lecturer and mentor in Stage Lighting and Scenography.

I was in the audience for the opening night of La bohème in Newtown on Saturday. What a stunning production – what’s your involvement?

How long have you been a Lighting Designer?

I’ve been working as a freelance Lighting Designer for the last 20 years.

Prior to this, I worked as a Lighting Technician for Welsh National Opera, the Royal National Theatre and Haymarket Theatre in Leicester.

There was something special about your role with the National Theatre, wasn’t there?

Yes! I was one of the first two, full-time female Lighting Technicians to be employed there.

Incredible! You must love what you do?

I love my job as a Lighting Designer and being part of the story telling of any production.

For someone who isn’t familiar with Lighting Design, how would you describe it?

For me, Lighting Design is about creating the right visual language for the story we are telling. From the bright ‘cartoon world’ lighting designs of children’s shows which a young audience can relate to, to a highly atmospheric design where shadow is more important than light to support a character’s emotional journey.

Lighting Design is far more than just seeing the performers, action and set. It’s about creating the emotional environment in which they inhabit.

Besides opera, what other genres have you worked across?

I’ve lit shows and productions in many different environments. From Main House stages, studio spaces, halls and ‘found’ spaces, to site-specific spaces. Anything from small pubs, to The National Library of Wales and the Wales Millennium Stadium (now known as the Principality Stadium).

We couldn’t possibly ask you if you have a favourite production, but are there any that are particularly special for you?

The first is Welsh National Opera‘s Madam Butterfly which I lit in the Autumn of 2021 (the production will be back out on tour this Spring). This was special for two reasons. Firstly, having the privilege to light a new production of Madam Butterfly for WNO after their successful 40-year run of their beautiful previous production. Secondly, it was the first main house show for me coming out of lockdown. I’d been lucky enough to light a couple of productions for streaming, and a couple of student productions with limited audiences due to COVID. This was the first to have a full audience .

The second is a children’s show which I lit in 2009 and has been out on tour every year since: Stick Man Live on Stage with Freckle Productions. It’s always a joy to watch a very young audience become enthralled with the show.

One final question… what advice would you give someone who wants to work in Lighting Design?

Watch as many productions as you can and even pay attention to the lighting on TV and at gigs. It would be good to get some backstage experience; so pop along to your local theatre and see if you can get involved. This could include getting work as a Followspot Operator on a show.

There are also plenty of courses at drama schools which cover lighting and technical theatre and there are also quite a lot of apprenticeships being set up in theatres.

Elanor, it was a pleasure to find out more about what you do. I’ll be paying close attention to the lighting in Aberystwyth on Thursday!

Our MainStages tour of La bohème continues at Aberystwyth Arts Centre on Thursday 10 March, and tours around Wales and to Yeovil throughout March. 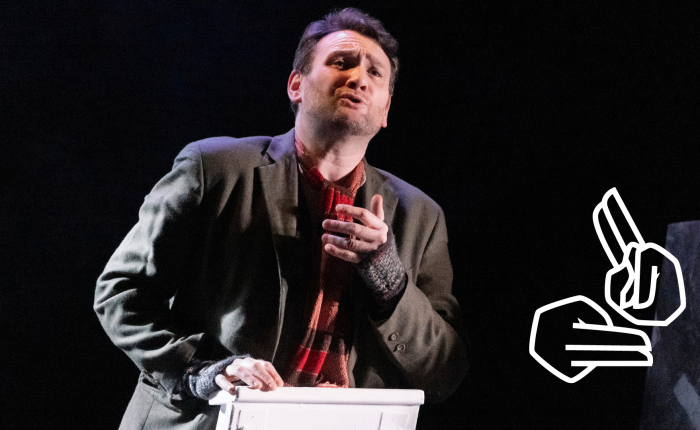 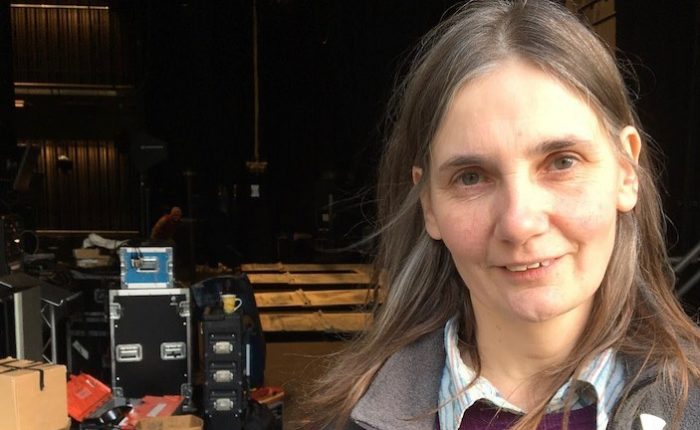