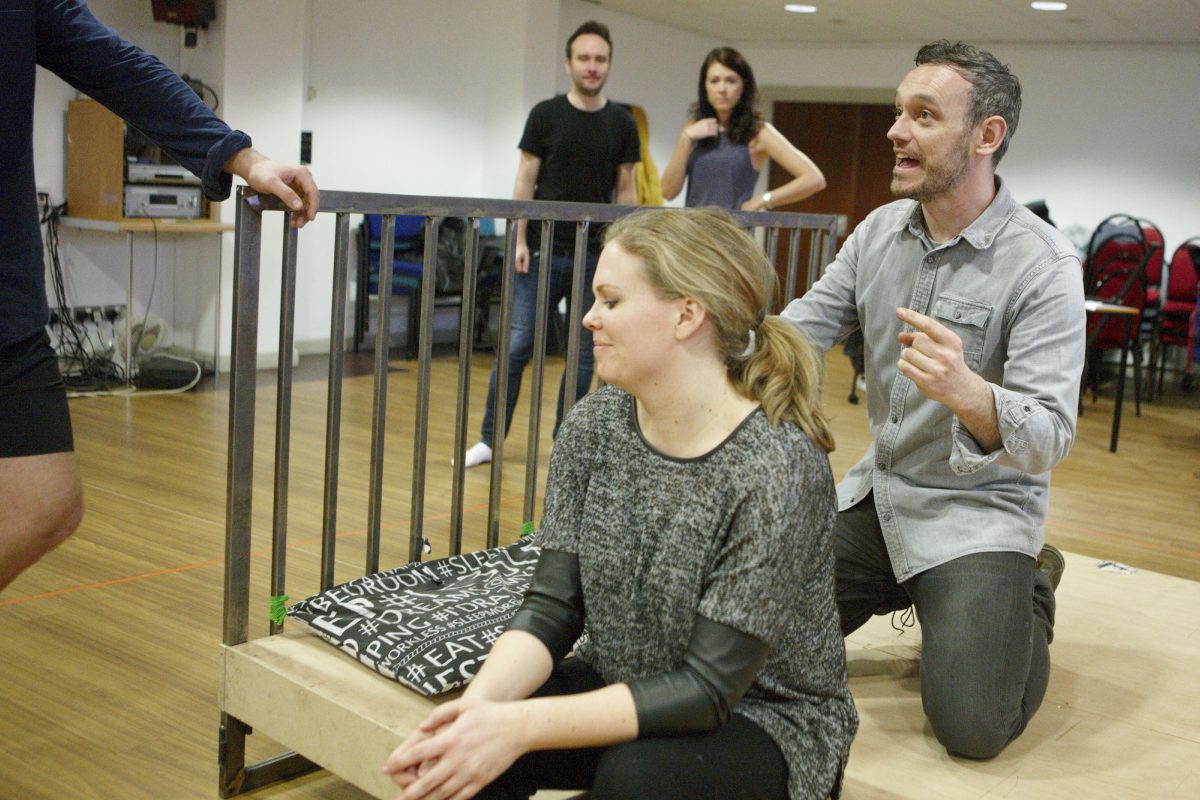 Click here to find out more and to book tickets for Handel’s Semele, which is touring Cardiff, Newtown, Llanelli, Colwyn Bay and Brecon in February 2017.

Semele is a very special production for many reasons and the collaboration with students at the Royal Welsh College of Music and Drama is a new venture for Mid Wales Opera, moving far beyond our previous co-production in 2014 of Acis and Galatea.

While student singers toured and performed with us in Acis and Galatea, and student musicians played alongside Brecon Baroque led by Rachel Podger, the production was led by professional singers in key roles and the design, lighting and set building were all done by professionals.

This production takes our co-production a step further with students leading the casting, supported by young professionals. The set and costumes have been designed by final year student Grace Venning, lighting student Sam Smith has lit the show and students are looking after the stage management, set building and other key aspects of the production.

The work has been supported throughout by professionals from both Mid Wales Opera and the Royal Welsh College of Music and Drama, but it’s been exciting to see the fresh ideas of the next generation brought to the fore in this very contemporary working of the piece.

The concepts which Semele deals with are completely resonant in modern society. The story begins with the prospect of a political marriage set up in opposition to the ideal of romantic love. Semele’s joyous aria “Myself I shall adore” tells the story of a young woman caught up in her own self-image and beauty. There’s a lot to think about in this fascinating piece, and plenty to explore through the production.

Mid Wales Opera has a strong history of working with young artists – 50% of our casting is made up from singers under 30 and/or less than three years out of education – but working with musicians and creatives right across the show is equally important to us.

More than 42 students will have worked with us in the production of Semele – and have had the opportunity to work on the production on tour as well as the Cardiff performances.That’s great news for the arts in Wales in the future!

Click here to find out more and to book tickets for Semele, which is touring Cardiff, Newtown, Llanelli, Colwyn Bay and Brecon in February 2017.