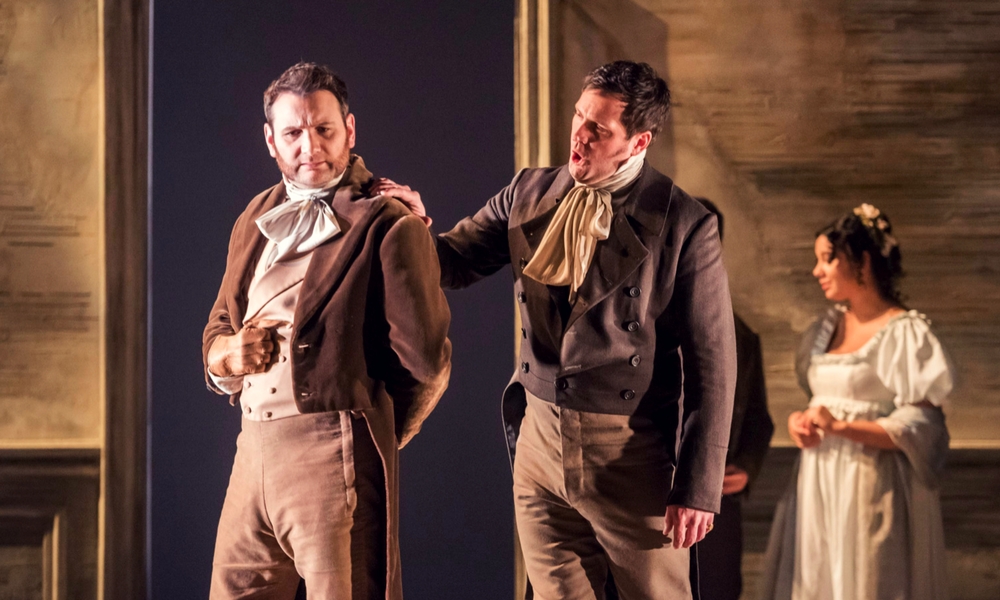 We’re loving our tour of Eugene Onegin, it’s an opera very dear to our Directors’ hearts and the reaction from audiences has been wonderful – but we know it’s not the most familiar opera so we wanted to share the story with you – and give you an insight into the characters behind the performance

Tatyana and Olga sing a folk song, while their mother Madame Larina reminisces about the loss of her first true love and her ultimate acceptance of her loveless arranged marriage. Filipyevna, the sisters’ nurse, offers support for Larina’s pragmatic view that in their day the romantic ideal the girls sing about was secondary to a secure and good marriage. Peasants return from the fields with the last of the harvest. They celebrate with dancing and singing with an energy that disturbs Tatyana but excites Olga who teases her melancholic sister with her own affirmation of life through song and dance. The peasants leave. Mme Larina is concerned for Tatyana and assures her that the stories of love to be found in her novels are just that – fiction. Olga’s fiancé Lensky, a poet, is announced, together with his friend Onegin who has temporarily left his life in the city to attend to his late uncle’s estate. Privately the men compare the relative merits of the two sisters, while Tatyana is instantly drawn towards the sophisticated Onegin, recognising him as the man of her dreams. Lensky’s ardent declarations of love for Olga are met by gentle but affectionate teasing, while Onegin and Tatyana talk more seriously. Filipyevna quietly observes the young couple and fears for Tatyana’s obvious attraction to this gentleman.

Filipyevna tries to persuade Tatyana to go to bed and sleep, but Tatyana is restless and wants to talk. Filipyevna describes her own unfortunate courtship and fixed marriage, upsetting Tatyana who reveals she is in love. Left alone, she writes to Onegin, passionately declaring her love for him and laying her life before him. As the new day dawns, Tatyana demands that Filipyevna deliver her letter. She waits with trepidation.

In the distance the peasant girls on the estate sing as they work. Tatyana is still waiting for an answer to her letter when Onegin himself appears. While he admits he was stirred by Tatyana’s letter, he claims he cannot love her and that, for him, the idea of marriage is impossible. He asks Tatyana to accept his response as the truth whilst chiding her for her forthrightness.

The neighbours have assembled for a party at Madame Larina’s house. They dance, sing and gossip, particularly about Tatyana and Onegin. Onegin feels restless and resentful at this. He takes perverse pleasure in annoying Lensky by dancing and flirting with Olga. In turn, Olga continues to tease Lensky by appearing to respond to Onegin’s advances. A potential argument is briefly halted by the distraction of a song by a local Frenchman, Monsieur Triquet, who sings a birthday tribute in praise of Tatyana. As soon as the song has ended, however, a quarrel breaks out between Onegin and Lensky over Olga. To the horror of Madame Larina, Lensky openly insults Onegin and challenges him to a duel. Unbelievably the challenge is accepted and the party ends in tears and confusion.

Lensky and his second, Zaretsky, wait for Onegin, who is late. Lensky, alone, speaks of his love for Olga and his fear of dying. Onegin arrives, bringing his valet as his second. The two men go through similar thoughts of partial regret and partial love for each other. However, the duel proceeds and Lensky dies. Onegin is left speechless.

A society ball is in progress which Onegin attends. He has travelled widely through the courts of Europe in an attempt to forget the nightmare of Lensky’s death. He stands apart as the guests dance a polonaise. Life seems empty and his existence pointless. His attention is arrested, however, by the entrance of Prince Gremin and his escort. Onegin recognises her as Tatyana, and questioning Gremin, establishes that she is his wife. It was an arranged marriage, and Gremin explains that her sincerity and spirit has brought affection and vitality to his old age. Tatyana, who has recognised Onegin, betrays no emotion as she is introduced to him. She makes her excuses and departs on the arm of her husband. Onegin immediately realises he has made a terrible mistake and that he is indeed desperately in love with her.

Onegin has written to Tatyana, confessing his love. Alone, Tatyana is stirred by his passion and admits to herself she still has feelings for him. Suddenly Onegin bursts in. Tatyana at first reminds him of his previous, callous behaviour towards her. However, Onegin convinces her of the sincerity of his love and she finally admits that she still loves him. Tortured by their predicament, Onegin asks Tatyana to elope with him but she refuses, declaring her determination to remain true to her husband. After a bitter struggle with her own conscience, she leaves the distraught Onegin, destroyed by the love he himself had once rejected. 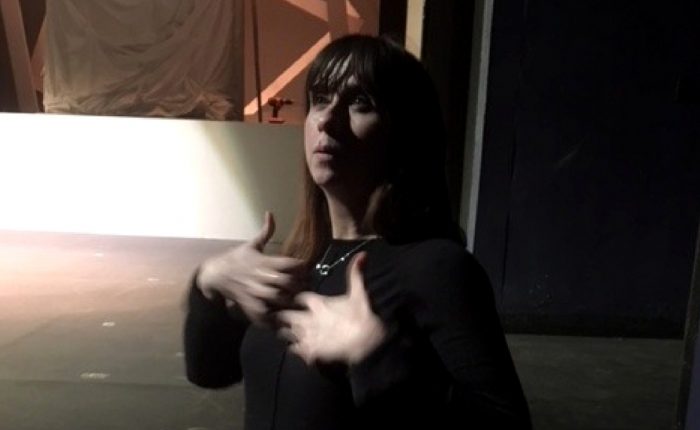 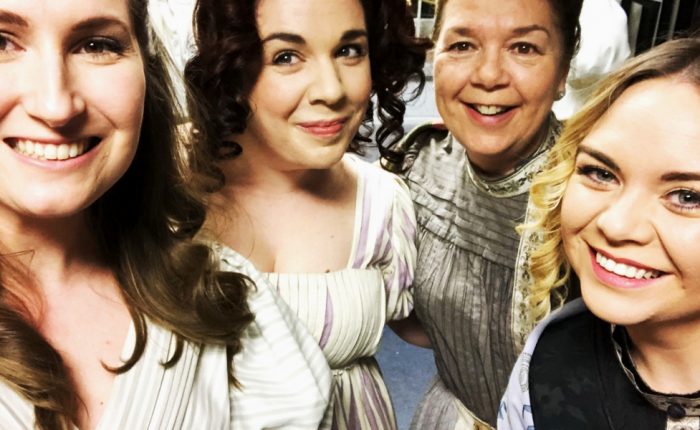 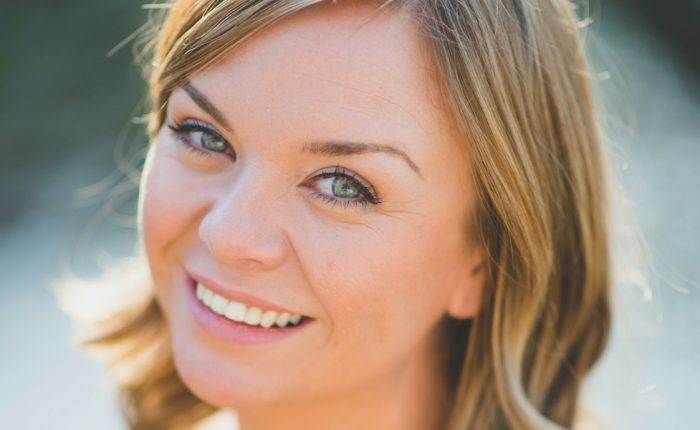