My first experience of The Marriage of Figaro was as a student, accompanying rehearsals and, in my days as a violinist, leading the orchestra. I saw it on stage twice before conducting it myself; the first was at the Royal Opera House, conducted by the late, great Sir Jeffrey Tate, who was born with spina bifida and conducted whilst seated. I sat quite high up in the theatre and so I could just about see him. 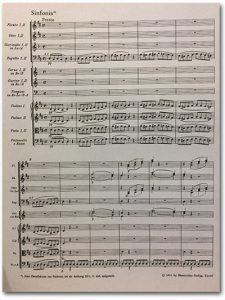 And as with many an audience member, I watched conductor and orchestra during the overture (the ‘Sinfonia’) before being diverted to the stage for the remainder of the opera. Perhaps for this reason my overriding memory of Sir Jeffrey was his conducting of the overture, which he did ‘in one’! A technical term this – what I mean is, put simply, there was one conductor’s beat to every bar.

And so, I thought, this is how it’s done; until I saw the opera again at Glyndebourne at the new theatre’s grand opening in 1994, when the world-renowned conductor Sir Bernard Haitink, now aged 90 and still active (us conductors can carry on forever) conducted the overture ‘in two’ – that is, two beats to every bar. Which left me wondering which is better – ‘in one’ or ‘in two’?

Haitink’s performance is the one I remember the best. My biggest impression was of absolute perfection, particularly in the transitions. Operas are made up of scenes, and engineering the transitions from one scene to another is crucial. In Mozart the scenes are plentiful, with separate musical numbers linked by recitative (sung dialogue), but at times Mozart allows musical numbers to flow directly on from each other, most notably in the final sections of Acts 2 and 4. Decisions as to how to get from one section to another have to be made, and whilst instinct and experience plays its part, the nuts and bolts are often seriously technical!

Haitink’s brilliance was to make all the transitions seamless – almost inevitable – almost inaudible – and at the same time always stimulating. His was the operatic equivalent of shooting a movie in one take, with one camera! Nothing jarred, yet nothing was boring, but the fact that, at Glyndebourne, I felt a keen sense of engagement throughout was not all down to Haitink. Nor was it all down to the fabulous cast (which included such current day superstars as Gerald Finley and Renée Fleming). It was more to do with character.

We’ve all experienced that feeling, of reading a book or watching a film or seeing a play, where one ends up not really caring enough for anyone. At that point it’s easy to lose interest. We need to care for at least someone, usually a central character whom one hopes does okay and lives happily ever after. But in The Marriage of Figaro, we end up feeling for just about everyone – perhaps most of all for the most beautifully conceived character in all opera – the servant Susanna. Given that she is on stage for most of the opera and more than anyone else, the opera could really be entitled The Marriage of Susanna. Feisty yet fragile, confident yet demure, loving yet devious, she embodies everything that makes us who we are, who we’d like to be, and who we’re afraid to be.

And at Glyndebourne, the totally unforgettable moment for me came five minutes from the end. Figaro wrongly suspects Susanna of being unfaithful. Susanna knows this, is indignant, and intends to ‘play’ on his suspicions. Figaro then realises he was wrong, and what Susanna’s up to. So Figaro plays along, pretending that he himself is the unfaithful one! All this within minutes until things reach a head and, after a fearful fight, we are left wondering ‘what on earth!?’. At this point, Haitink stopped the music, Susanna broke down in floods and my heart went out to her. And then Figaro, realising he’d pushed it too far, remorsefully approached her, to the accompaniment of the most tender music Mozart could muster, and I was a gonna! 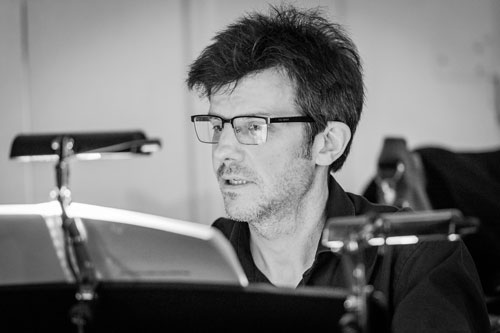 Since those heady days I’ve conducted The Marriage of Figaro numerous times. The rehearsal process is always a joy; with so much to explore and so much detail, it’s like trying to rehearse all of life in a studio. The great moments come thick and fast, and the piece appeals across the board, including to youngsters.

And of course, there is Figaro’s famous aria ‘Non più andrai’ in which he tells Cherubino that his happy-go-lucky days at the palace are over and explains to him what it’s like to be a soldier.

So you see, whatever your age, this piece is for you, irrespective of whether the overture is ‘in one’ or ‘in two’.

Come and see it!