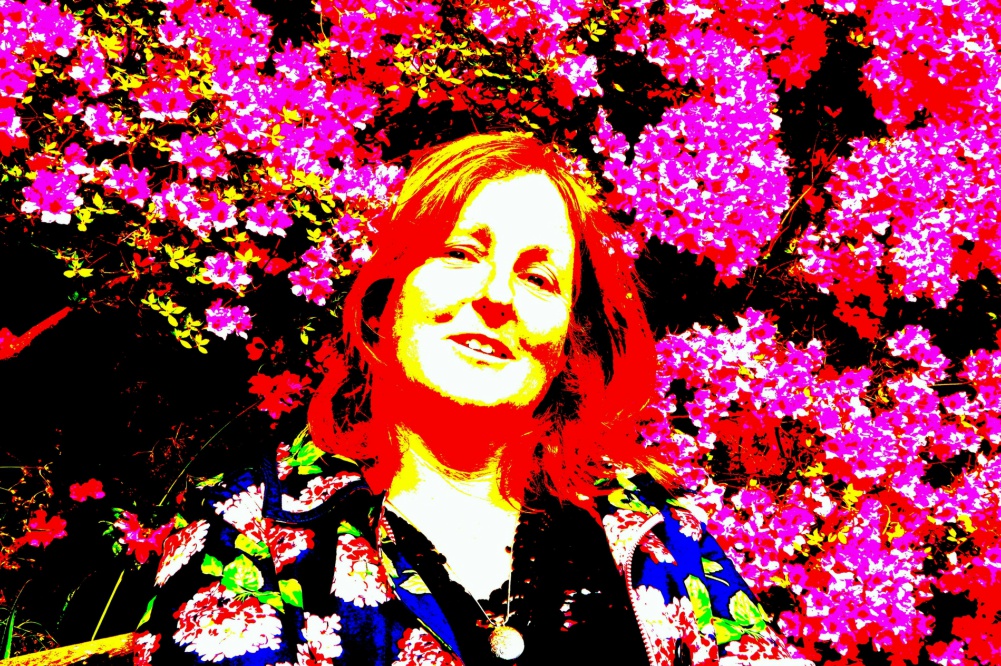 In the midst of our tour of William Walton’s classic comedy opera, The Bear – which is visiting 16 venues across Wales this month and leaping just over the border for a show in Ludlow – we caught up with our Executive Director Lydia Bassett, who has been with the company now for year and a half.  She is a choral singer, flautist, mum of two and is based in Montgomeryshire.  We asked her a bit about her route into the role and what it means to be touring places where opera is rarely seen.

Please can you introduce yourself & your role at MWO?

I’m Lydia Bassett, and I’m Executive Director at Mid Wales Opera which sounds like a mouthful, but basically means I do fundraising, planning, marketing and tour bookings – generally keeping the non-Artistic end of the show on the road. It’s very much behind the scenes, and front of house when we’re touring! I’m often found selling programmes on performance nights because I think it’s vital as a fundraiser I know and talk to our audience. Once we lose touch with that we forget what we’re trying to achieve – sharing our passion for opera with everyone we meet and making genuine connections with people through our performances.

My current role keeps me more than busy but there’s a real energy and sense of excitement about the company at the moment and for a small organisation (with four part-time staff) we’ve got some very big ideas.

What do you love about Opera?

My love of opera began with the film Room with a View and Puccini’s O Mio Babbino Caro – if you don’t know it have a listen to Maria Callas.

I swear she could melt the hardest heart (which is what she’s singing about…daddy, let me have my own way and marry this inappropriate young man or else I will throw myself in the river)… I didn’t know what the piece was so I asked our music teacher in school who pointed me at Puccini albums in the library (we’re talking pre-google and pre-CD folks)

I’m not an opera aficionado, I’m learning as we go along which means I know the shows I’ve worked on inside out and back to front but I’m still discovering new work all the time. I’ve grown up with a house full of music, from 20s/30s Jazz to Northern Soul via singing everything from Handel to Andrew Lloyd-Webber in school, but I love the drama and emotion of opera – and the combination of theatrical spectacle and the power of the human voice as a mode of expression.

When did you start working on SmallStages 17?

I started work on SmallStages in Spring 2016 because my work starts with fundraising for projects. We’re delighted to have the support of the Ashley Family Foundation, The Foyle Foundation and Nidec/Control Techniques for this tour and we couldn’t do it without them. We’re visiting 15 different places in Wales and once we had secured the money I started booking theatres/churches/halls and other places to perform. Some are part of the Arts Council of  Wales brilliant Night Out programme which underwrites productions for community promoters, some are small theatres we’ve previously worked in and one is in partnership with Hay Festival’s Winter Weekend. The funding is specifically around rural locations, and we wanted to make sure we covered the whole of Wales which this tour certainly does! The last performance booked on the tour was Ludlow Assembly Rooms but they were so keen to have a show we have made sure it happens.

What is the concept behind SmallStages

SmallStages as a concept arrived with Jon and Richard when they took over the Artistic reins at MWO last year – but was very soon adopted by all of us. Our Production Manager Bridget has worked in theatre for years and toured with Theatr Powys and Opra Cymru to many of the places we’re visiting. My previous job involved working with a network of venues around Mid Wales and I’ve always loved the immediacy of theatre performed on small stages – we’re visiting The Welfare in Ystradgynlais which is one of the theatres I’ve previously worked for and The Bear will be perfect there!

Why did you / the team choose The Bear?

The concept for SmallStages is that we use one hour, one act twentieth-century operatic pieces which we would not normally be able to perform on our Main Stage tour. They need to be funny and accessible, and with a small cast and ensemble. They also link thematically to our Main Stage productions so The Bear shares its Russian theme with our Spring 18 tour of Tchaikovsky’s Eugene Onegin. We have a clear schedule for repertoire until 2022. As you can imagine – opera takes a lot of planning!

The Bear was a great place to start! It’s 50 this year, fits with the R17 commemorations of the centenary of the revolution in Russia, and is great fun!

Who would you like to come to the shows?

Opera can have a bit of an exclusive image –  some people think it’s all champagne picnics and fascinators – but The Bear is nothing like that. We’re performing in village halls, churches and miner’s institutes and tickets are around £10 in most places.

We want people who love theatre but haven’t seen an opera, or love classical music but think opera is not for them to come along. The idea is to strip away any pretensions and make the performances all about the work rather than going along to be seen. Come along if you fancy an entertaining night out! Bring your friends, have a drink in the interval and a chat to the Artistic Directors after the show, in many places we know there will be a raffle too!

What’s coming up next for MWO?

Our Main Stage tour next Spring will be Tchaikovsky’s Eugene Onegin. We’re rehearsing and opening the show in Hafren, Newtown on Saturday 24th February 2018 and we’re touring to Aberystwyth, Bangor, Newport, Mold, Brecon, Llanelli, Milford Haven and ending up in Hereford on April 10th.  It’s a beautiful piece and for me the contrasts it offers between the sophisticated urban elite to which Eugene Onegin belongs and the simplicity and honesty of the heroine Tatyana’s rural life probably echo some of the issues around living in rural Wales and the way we change as we live and learn.