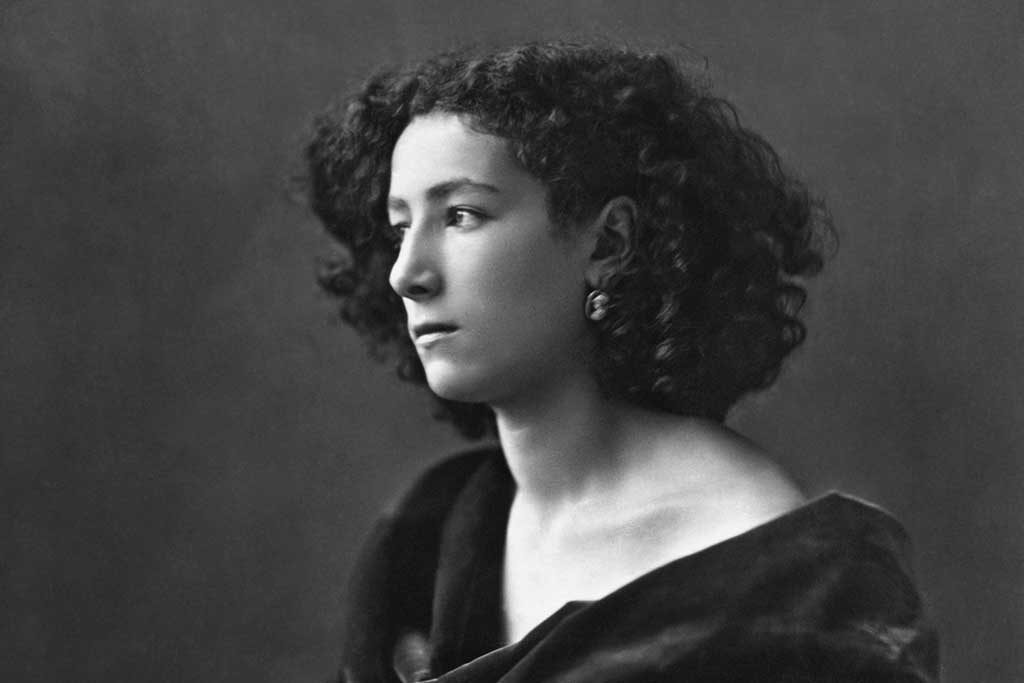 There is not much of play, a mere outline at best, made to fit like a glove the talent and personality of Bernhardt who is all and everything, but who should or could complain? The interest never slackens; there is enough dialogue and apropos to keep both gratification and amusement entertained, and the story enobles itself magically in the hands of the greatest living actress.

Sarah Bernhardt’s controversial personal life is a biographer’s dream and clearly added to the legend that she was to become, but it is her talent on stage that remains the outstanding legacy of her life. ‘The Divine Sarah’ as she was to become known was the most formidable dramatic actress of the period. It is without exaggeration to say that of the new writing that was being produced in the French theatre in the later decades of the 19th century, Bernhardt either premiered the play or became its most famous proponent of a given role. She was to become muse to many, artists, playwrights and musicians alike. Works premiered in the theatre were to be a golden pool of resources for composers and librettists across Europe. Examples of this cross-fertilisation that remain at the core of our modern repertoire include Dumas Fils’ – ‘La dame aux caméllias’ (la Traviata), Maeterlinck’s, ‘Pelléas et Mélisande’, Racine’s ‘Phèdre’, Victor Hugo’s ‘La Roi s’amuse’ (Rigoletto) and ‘Hernani’ (Ernani), Sardou’s ‘Fedora’ and of course Sardou’s most famous play – ‘La Tosca’.

In the early 1890s Sarah Bernhardt began a professional relationship with the French playwright Victorien Sardou. ‘La Tosca’ was the third of a series of historical melodramas he wrote for the actress. As with many of the greatest operas, the play premiered on November 24th 1887 to a hostile critical reception, yet it appealed to the audiences, with more than three thousand performances in France alone. Parisian society flocked to see the production and it’s star – a celebrated, erotically charged, temperamental diva portraying a celebrated, erotically charged temperamental diva.

By the time Puccini saw the production, Sarah Bernhardt’s portrayal of Tosca was famed across the western world. Within eighteen months of the play’s premiere Puccini had written to Ricordi his publisher requesting him to acquire the rights from Sardou. “I can see in this Tosca the opera I need, with no overblown proportions, no elaborate spectacle, nor will it call for the usual excessive amount of music”. Puccini clearly changed his mind on the ‘elaborate spectacle’ element, the ‘Te Deum’ at the end of act one remains one of the great production pieces of Puccini’s operas but the rest is true. He refrains from toning down the melodrama of the original but nevertheless the score is almost as concise as his ‘Bohème’.

The influence of Sarah Bernhardt’s portrayal of the diva ‘Tosca’ is embodied throughout the work. Puccini, was more than a just a brilliant notesmith, he intuitively understood the theatre and his scores are littered with stage directions to the extent that a producer can ‘follow the instructions on the tin’ and achieve a credible production of the work, but in the final moments of Act II he goes further still. As a composer he musically illustrates not Sardou’s text but Sarah’s performance of Tosca itself. From the moment Scarpia sits down to write the letter guaranteeing Tosca and her lover safe passage from Rome, the score is a recreation of Bernhardt’s astonishing performance in the role. In the theatre Bernhardt held the audience enthralled for what was reputedly on occasion a full seven minutes after the death of Scarpia with no dialogue. Each gesture and action she created is incorporated in Puccini’s stage directions and musically illustrated; from espying the knife on the supper table to the final placement of the crucifix upon Scarpia’s corpse and her hasty retreat from the apartment under the looming threat of the gallows’ drums.

In 1905, sixteen years after Puccini famously attended a performance of Sardou’s most successful work, Sarah Bernhardt the original, brightest star of the French dramatic arts leapt from the parapet in the final scene of Tosca and injured her right knee. The leg never healed, gangrene slowly set in and by 1915 there was little option but to amputate. Sarah continued to perform at times with but often without her prosthetic leg (which she disliked intensely) almost up to her death. Her health never fully recovered after the original accident and she ultimately succumbed to kidney failure in 1923, her age unknown as befits any actress of her calibre and artistry.

A taste of opera for free!