John Gay’s ballade opera The Beggar’s Opera was first performed at the Lincoln’s Inn Fields Theatre in London in 1728 and ran for around 60 performances. The ‘ballade opera’ was a highly popular genre – a satirical musical play with songs created from well-known tunes of the day, from folksong to opera to church music. The Beggar’s Opera is the supreme example and has stayed firmly in the repertoire for almost 300 years. John Gay wrote the text, chose the melodies for the songs and wrote the lyrics. He had intended the songs to be sung unaccompanied, but at the very last moment the German-born English composer Johann Pepusch was assigned the task of providing accompaniments and an overture. John Gay followed it up with a sequel, entitled Polly and set in the West Indies, but it was never performed during Gay’s lifetime.

I picked up my score of The Beggar’s Opera in a secondhand shop in Hay-on-Wye. It is a 1923 re-print of the second edition of 27th March 1728. At the front is the overture by Pepusch, and this is followed by John Gay’s entire text, interspersed by simple one-stave melodies coupled with Gay’s lyrics. Some of the melodies are well known to this day, such as the Lillibulero and Greensleeves; others are less known. Many are fully-fledged songs of, perhaps, 16 – 24 bars. Elsewhere, short snippets of songs come two a penny, such as Chevy Chase, for which Gay substituted the original words “God prosper long our noble King, our lives and safeties all” with “But now again my spirits sink, I’ll raise them high with wine”! All of the songs are catchy and full of energy, but in my score none of them have any accompaniments or any sense of how they might have sounded in the original production. 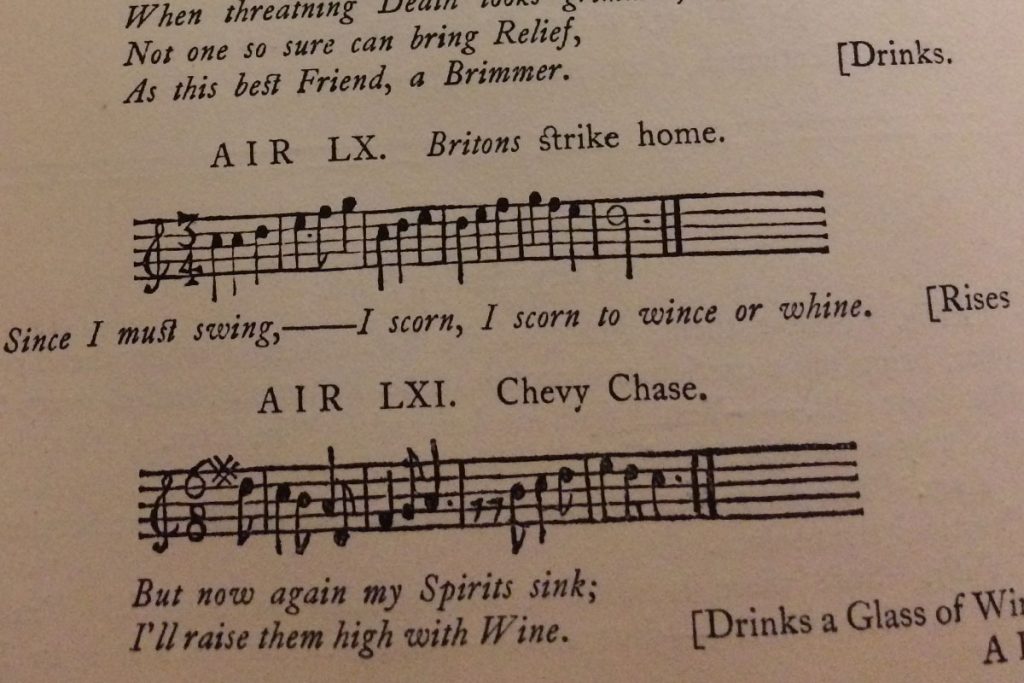 This lack of accompaniments and absence of any original performing material has given producers, arrangers, composers and conductors free rein and led to a tradition of personalised editions of The Beggar’s Opera from the baroque era to the present day. These include versions by Frederic Austin (whose 1920 version ran at the Hammersmith Lyric for over 1400 performances – he followed this up with a version of Polly), Benjamin Britten (who composed his 1948 version for the English Opera Group with Peter Pears as Captain Macheath) and Richard Bonynge (whose 1981 version for the Australian Opera included Joan Sutherland, Kiri Te Kanawa and Angela Lansbury). Others have taken up the story but created new words and music, including John La Touche and Duke Ellington with their 1940s musical Beggar’s Holiday and, most famously, Bertholt Brecht and Kurt Weill with their 1928 version entitled The Threepenny Opera, celebrating the work’s 200th birthday.

In 2005 Richard Studer and I staged the Britten version for West Green House Opera in Hampshire, reviving the show in 2010. Since then, Richard has had in his mind a one-woman-show, extracted from The Beggar’s Opera and based on one of its leading protagonists, the inimitable and extraordinary gin-fuelled Mrs Peachum. For MWO, Richard developed his original idea, proposing a new one-act piece entitled Mrs Peachum’s Guide to Love and Marriage. It was to focus on two main characters – Mrs Peachum and her daughter Polly – with a third character to help drive the story, provide contrast and act as a kind of ‘intermediary’ between mother and daughter. This third character is Filch, played by none other than the Beggar himself who, as in the original, has ‘composed’ the work and introduces it. 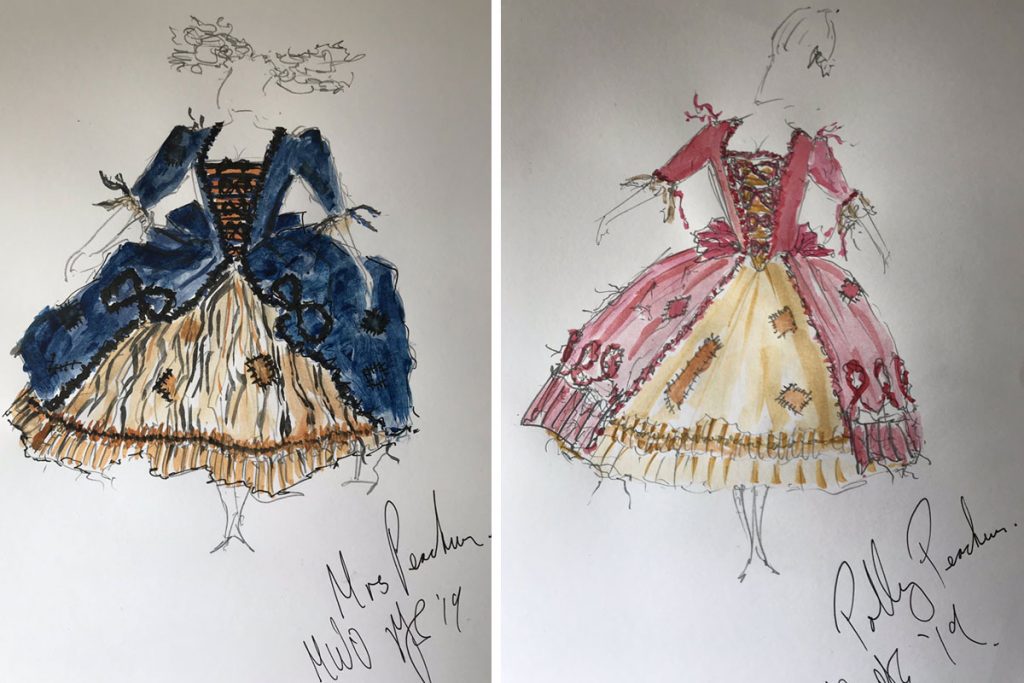 Richard has adapted John Gay’s text, reassigning and rearranging lines to create a highly charged and focused comedy drama between three characters and lasting under an hour. In the process he has selected some 25 of John Gay’s 69 original ballades and airs, and in my view, has chosen well! However, as they exist as single staved unaccompanied tunes, accompaniments for MWO SmallStages were going to be required to deliver Richard’s new piece. This is where I came in…

The more I became immersed in John Gay’s melodies, the more I found myself treating them as if I had written them myself. Occasionally I have tweaked them, cajoling, adapting or lengthening the tunes here and there to reflect either the pathos or the comedy of the characters and their situations as I saw them. And as I did so, I began to think about a musical ‘palette’ for the work. Initially I drew ideas from all manner of composers past and present – from Handel to Britten, Janacek to Messiaen, Kurt Weill to Stephen Sondheim, Maurice Jarre to Alexandre Desplat, and many others. At this stage the score might well have ended up coming across as a little schizophrenic, but a unifying language soon settled and, despite allusions to other composers here and there, there is a musical continuity throughout the piece.

And continuity, in fact, became central to my way of thinking. Rather than treat all of the songs as entirely separate numbers, I started to create elements of musical identity through the work. Many songs flow into each other, with music underscoring the dialogue. Musical ideas come and go, and then re-occur, often in different but vaguely recognizable guises. Most notably, Mrs Peachum’s final number ‘Greensleeves’ is first sketched out in a number of ways as if to persuade her that this song (and her bottle of gin) are indeed the best way forward for her final outpouring. Previous instrumental arrangements I have undertaken for MWO SmallStages have been both challenging and rewarding, but this particular show has taken me in some rather unexpected directions. I can’t wait for the post-mortem pint and, perhaps, a tributary G&T.