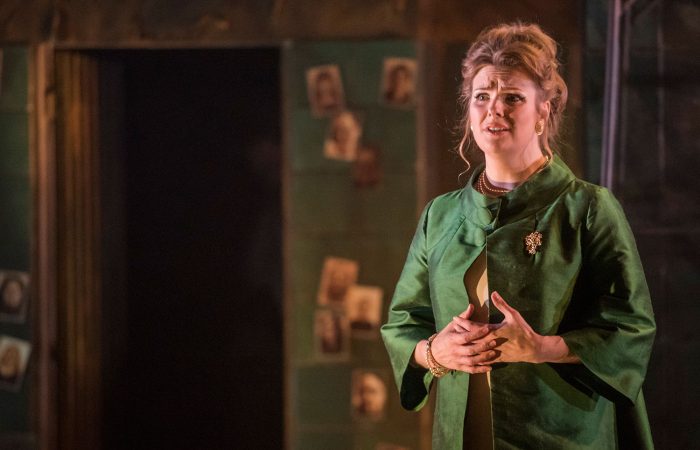 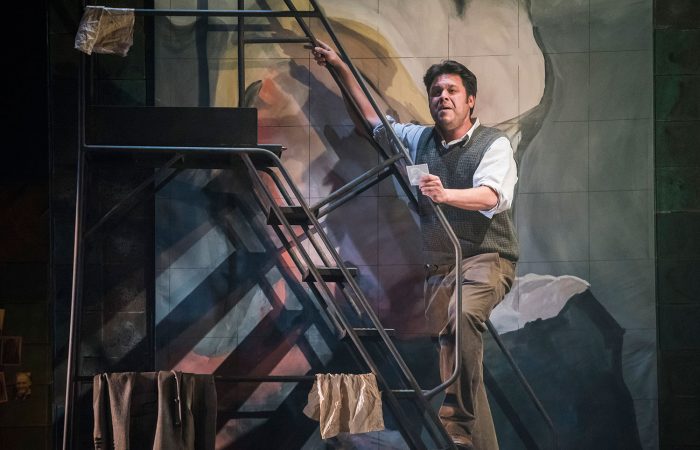 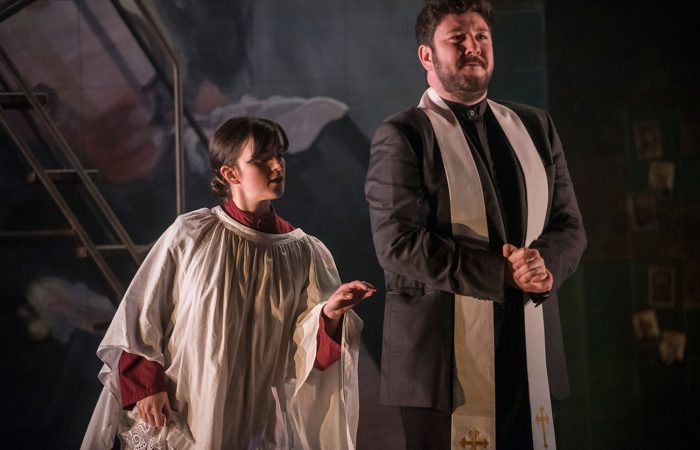 Tosca’s intoxicating cocktail of love, loss, politics and religion has enthralled audiences since its first performance in 1900. This epic thriller depicts the final hours of three of the most highly charged characters in all opera – the ruthless and corrupt chief of the Roman police Baron Scarpia, the painter and revolutionary sympathiser Mario Cavaradossi and his lover, the celebrated diva Floria Tosca.

In Tosca we have it all, from tender love story to powerful brutality and ultimate tragedy. For this new production, directed with a fresh perspective by Richard Studer, MWO’s cast includes the brilliant Welsh soprano star Elin Pritchard in the title role, tenor Charne Rochford as her artist lover and internationally renowned baritone Nicholas Folwell as Scarpia.

Theatrically gripping from start to finish, Tosca might not have been composed at all were it not for the skullduggery of both Puccini and his publisher to extract the rights to set Sardou’s infamous 1887 play from a rival composer. And it might not have survived if the first night critics had had anything to do with it. But the beauty, the power and the passion of Puccini’s ‘shabby little shocker’ have ensured its position as the greatest of all blockbusting operatic thrillers. 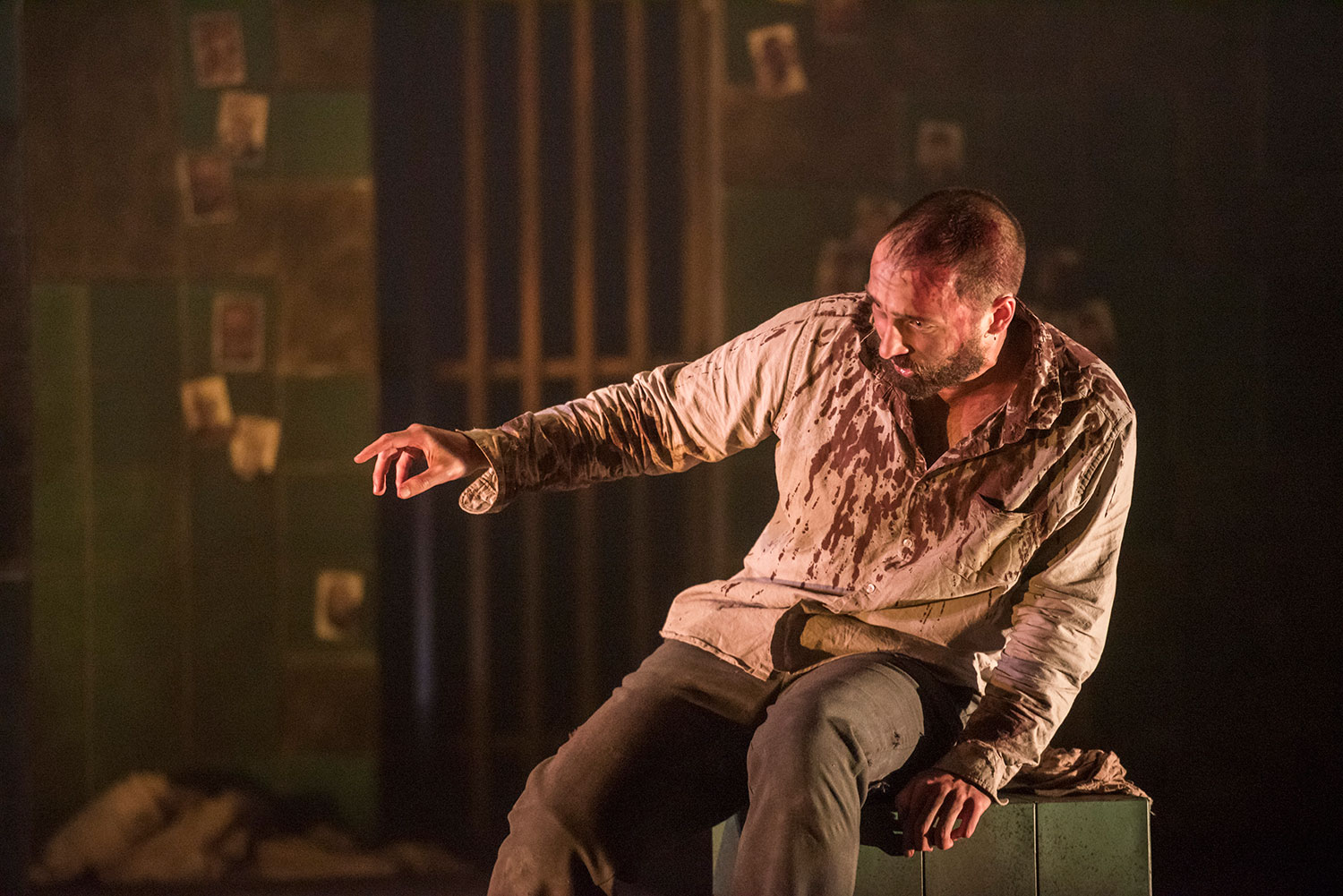 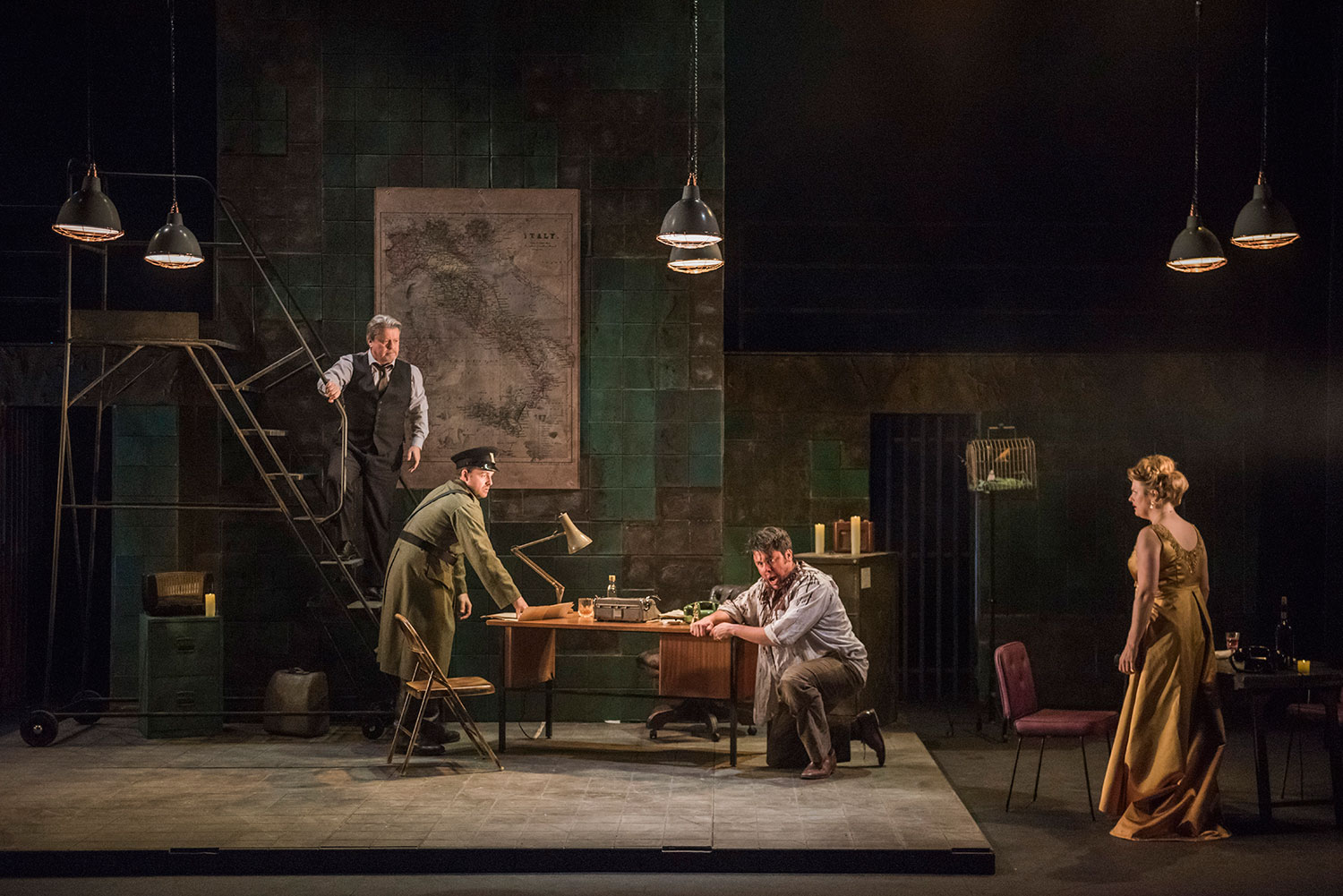 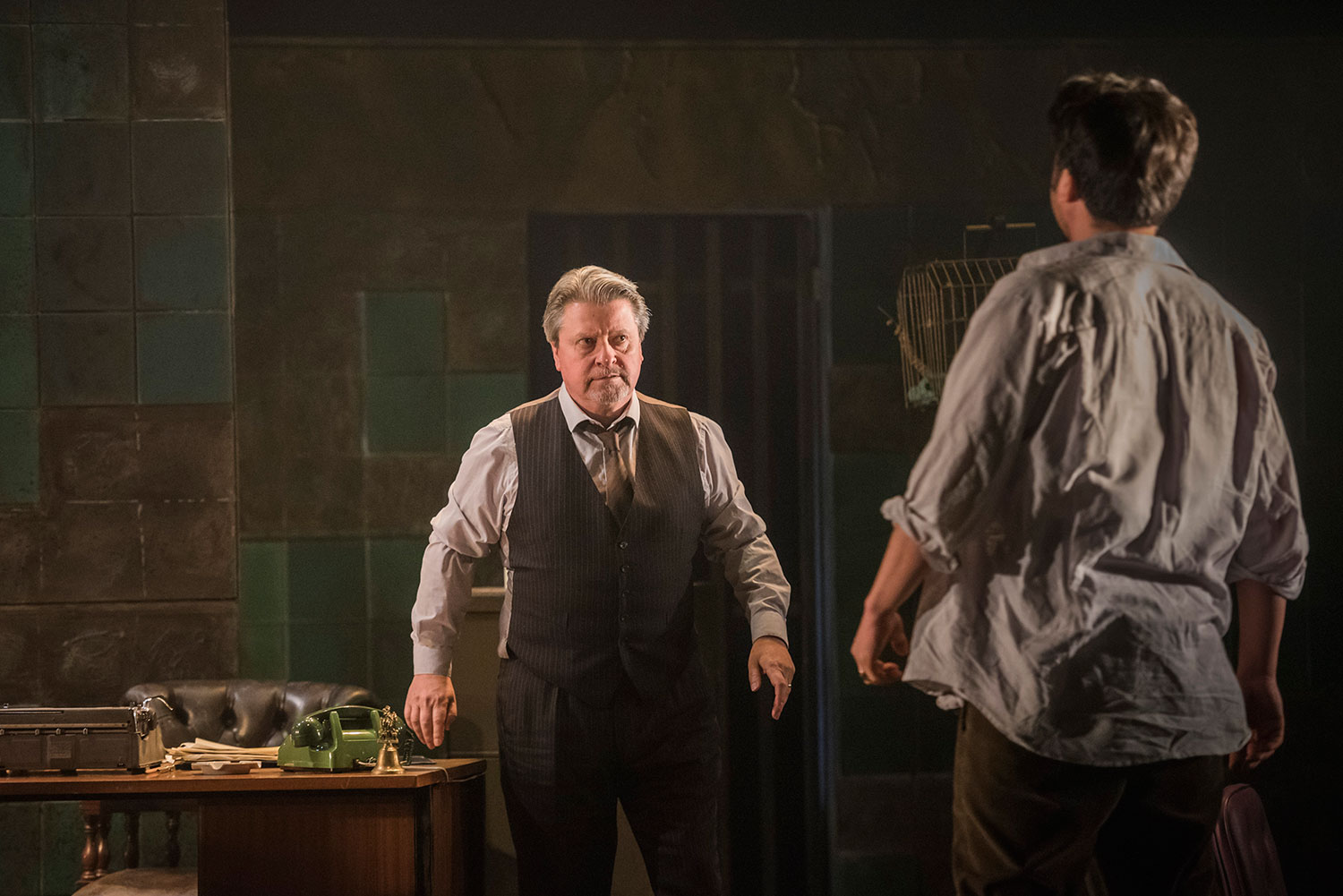 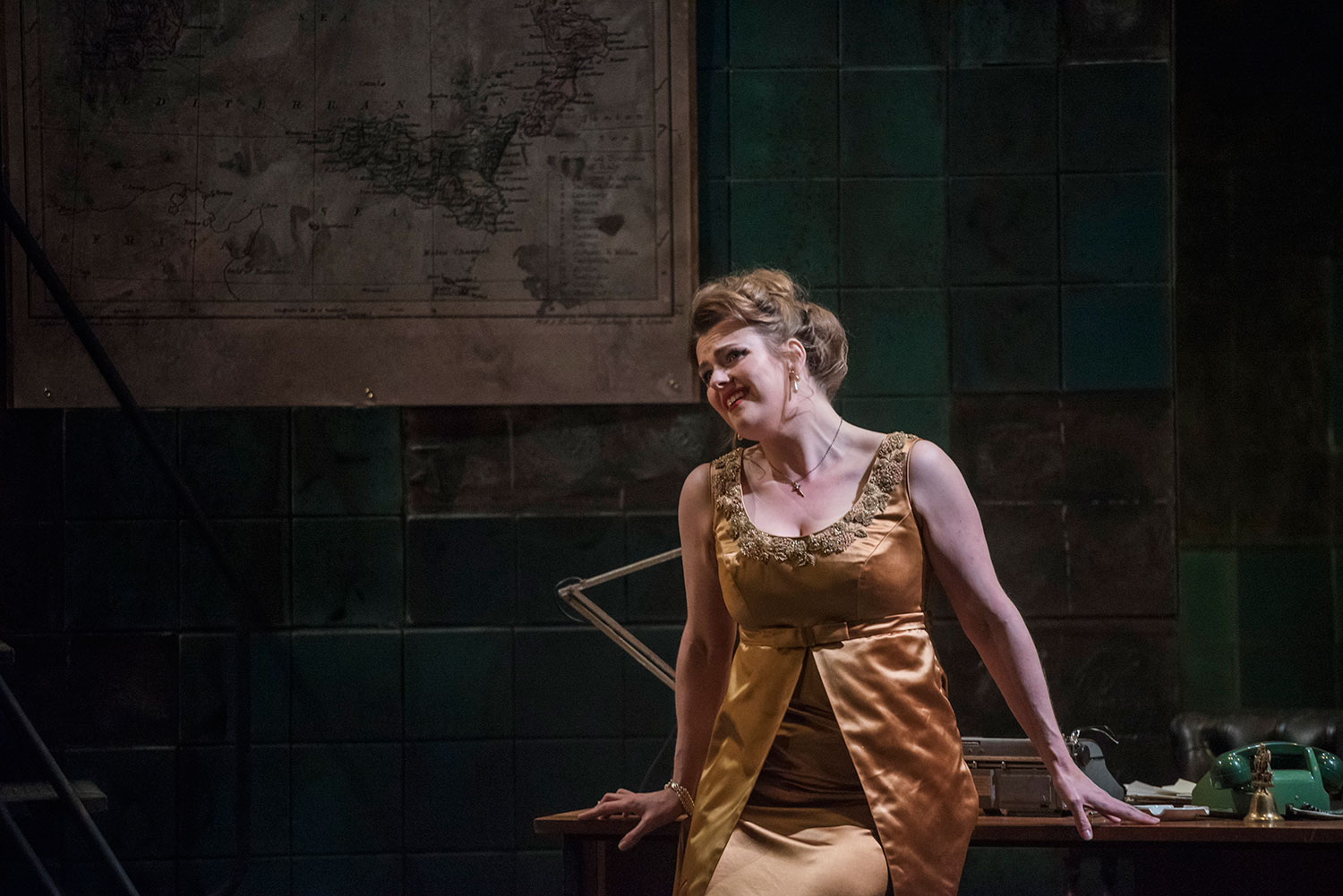 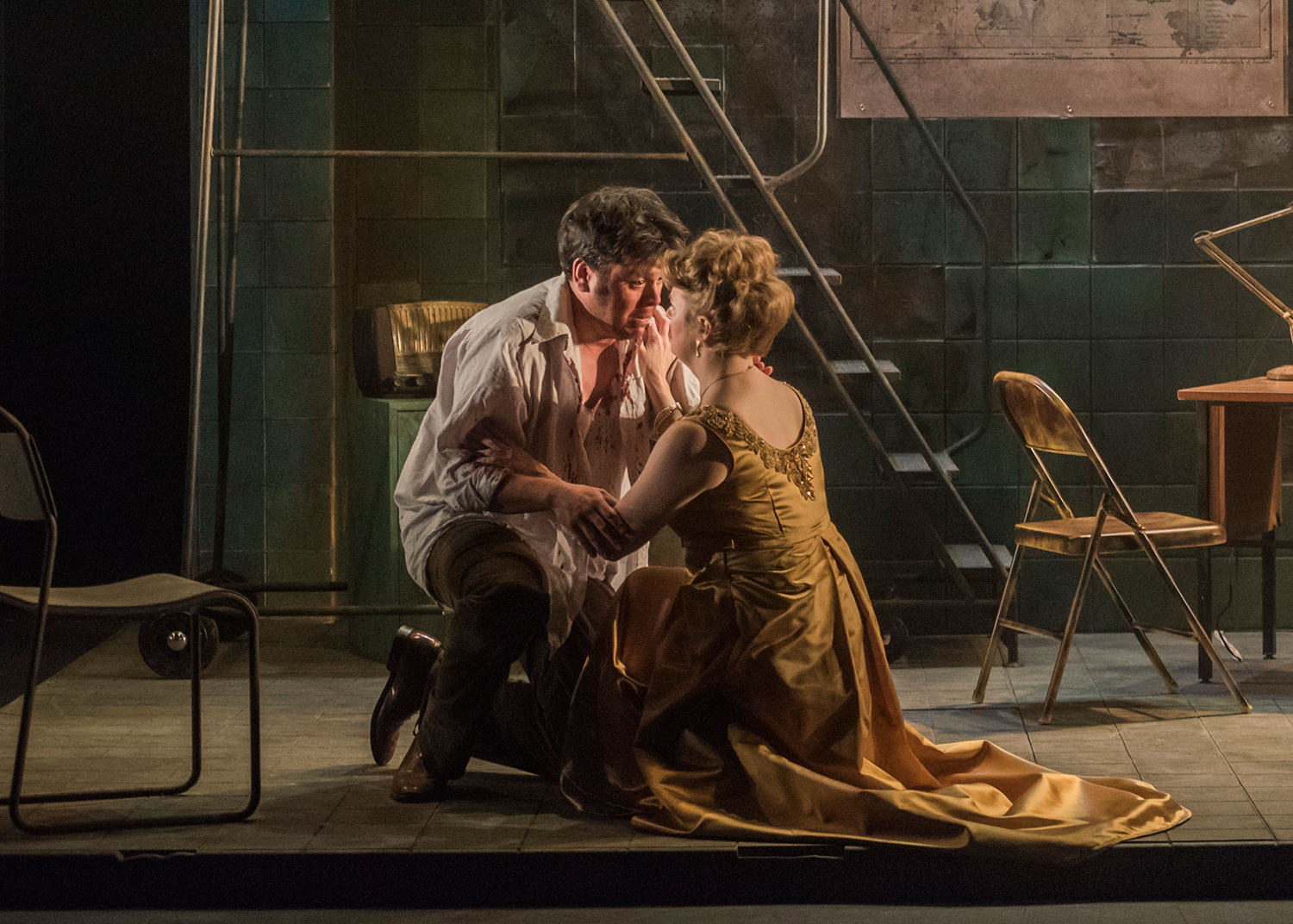 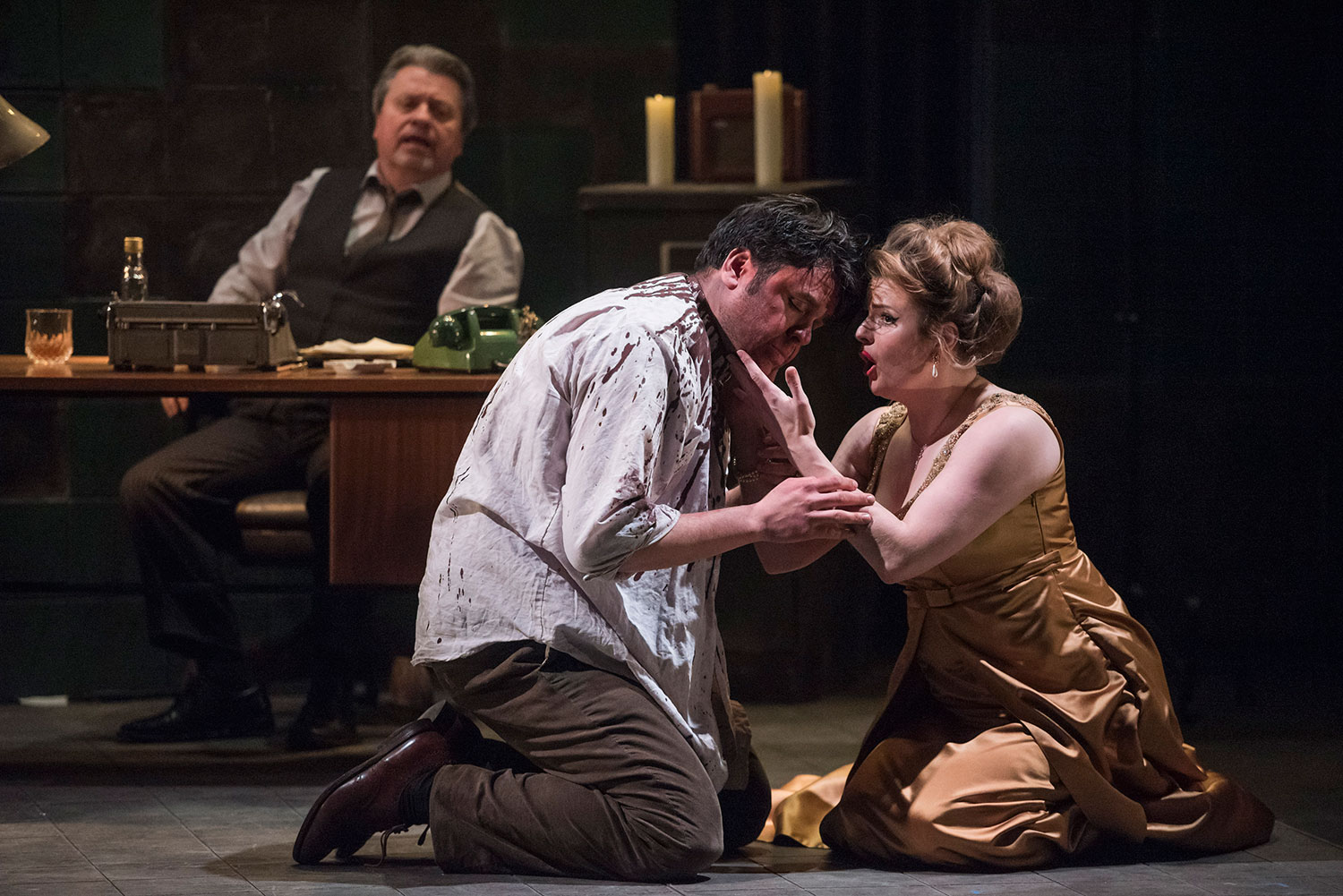 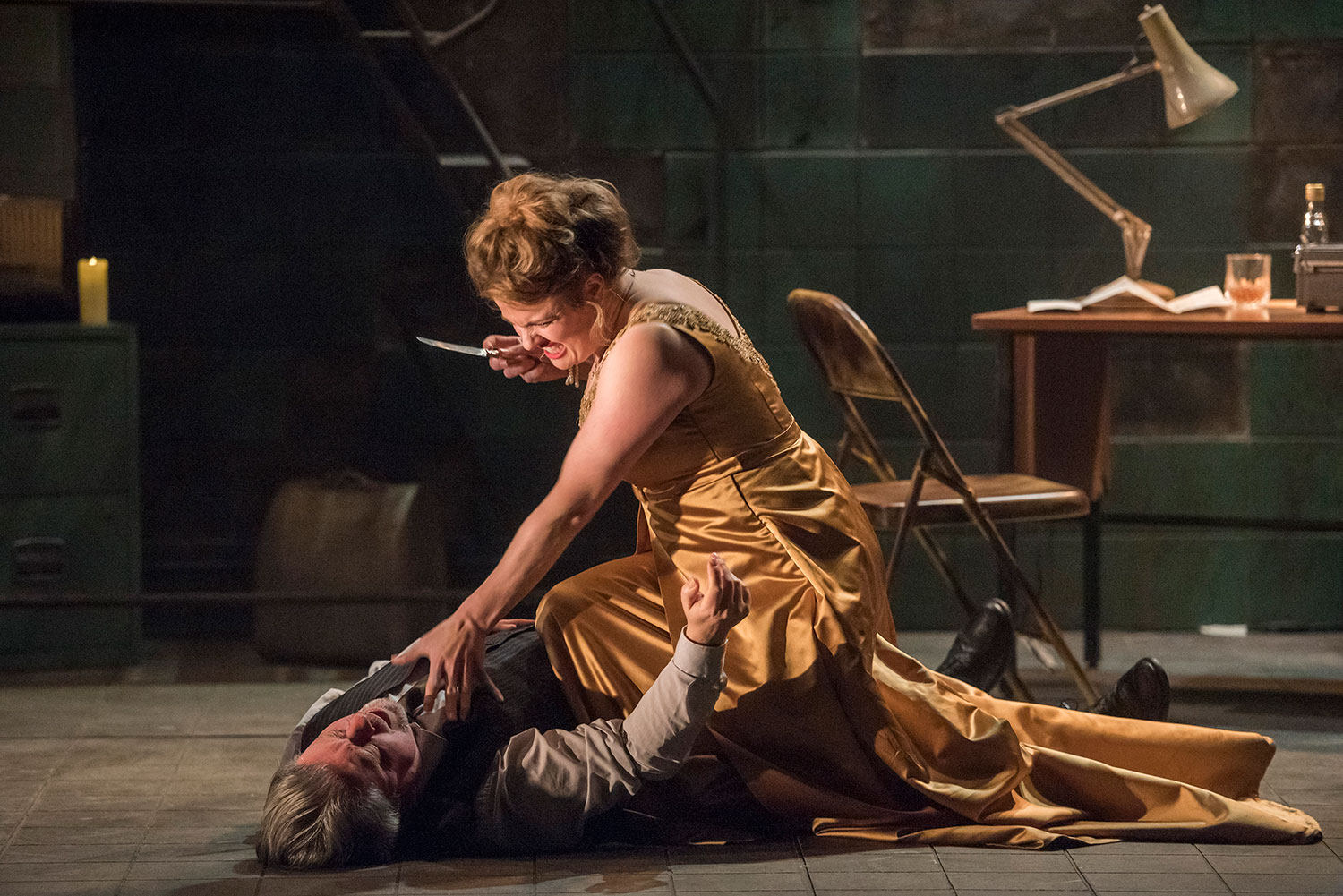 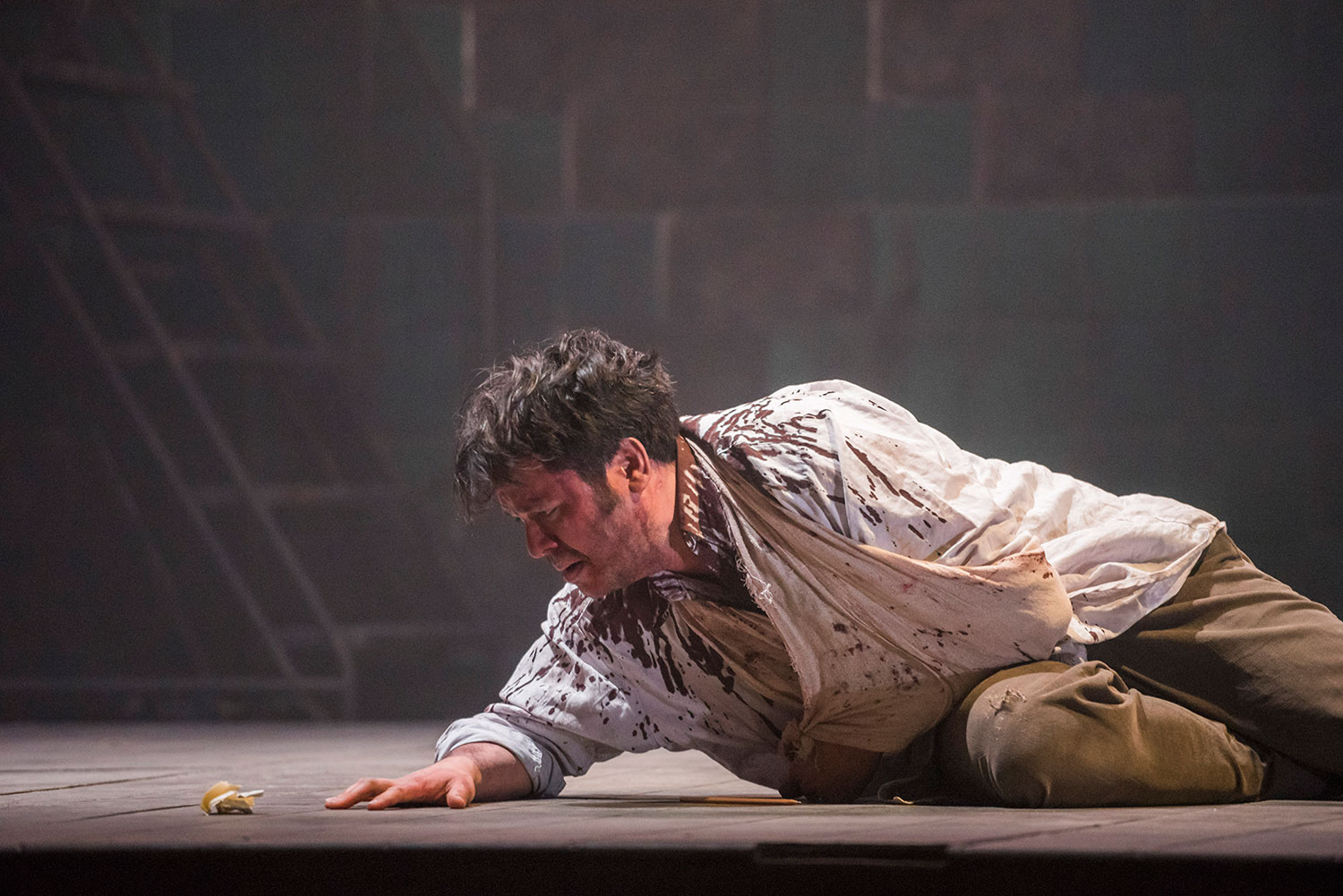 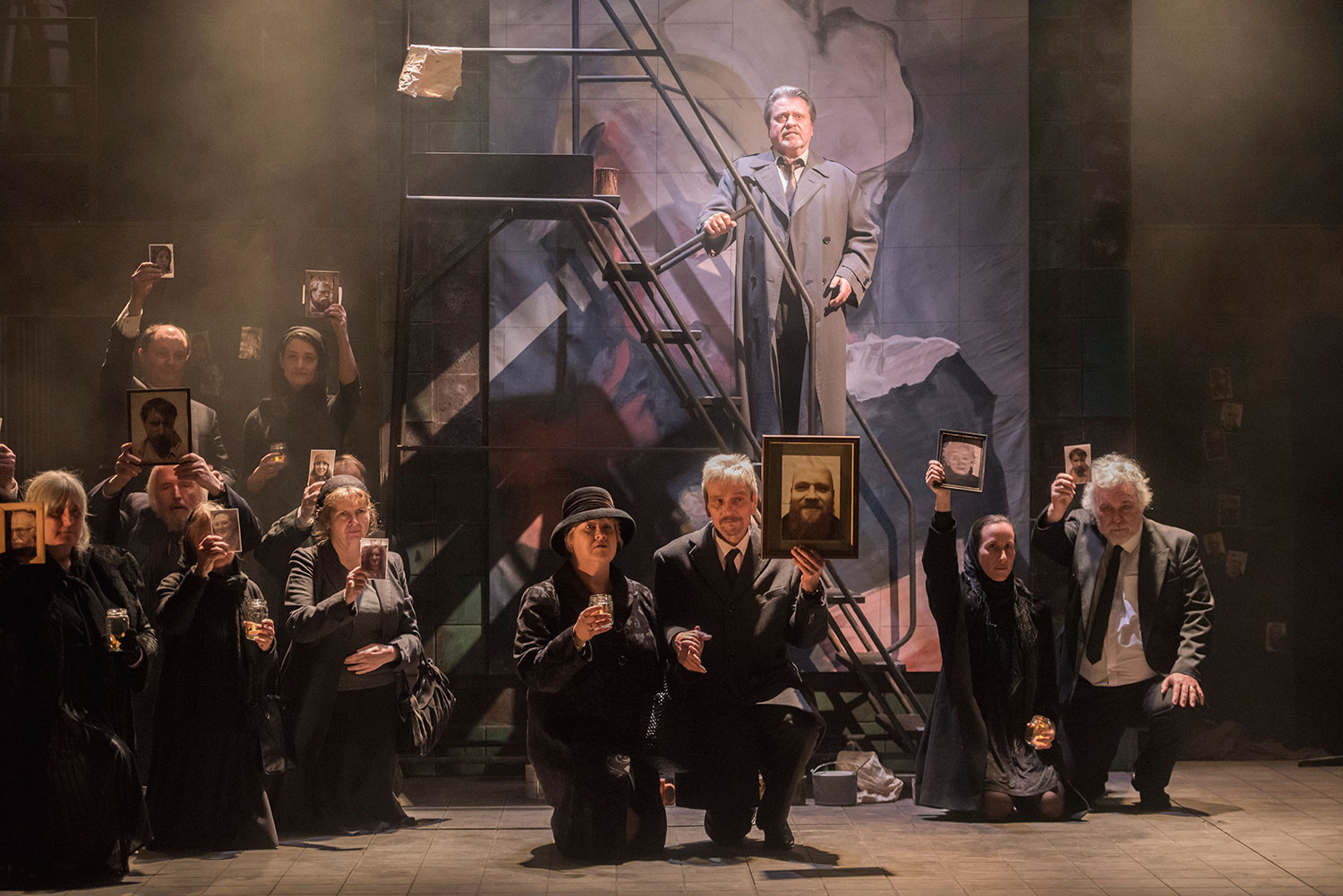 We are looking for enthusiastic singers to join the company for the Te Deum at the end of Act One of Tosca, one of the greatest spectacles in opera. To apply please go to our Community Choruses page.
Learn More 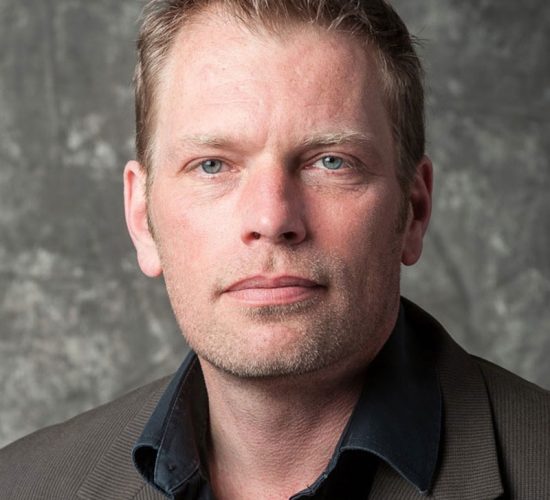 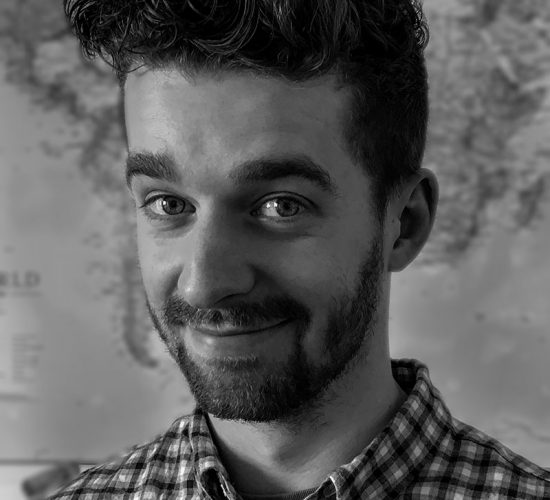 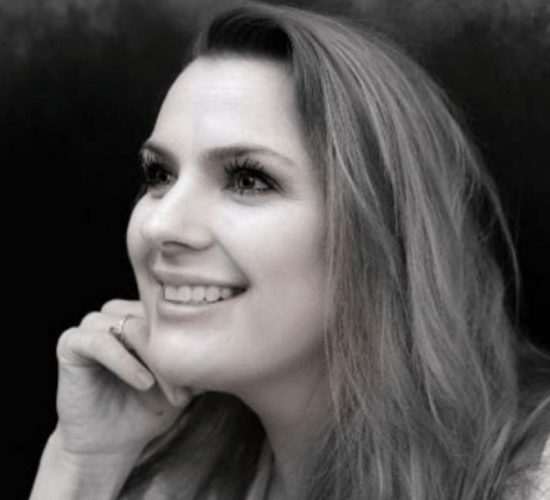 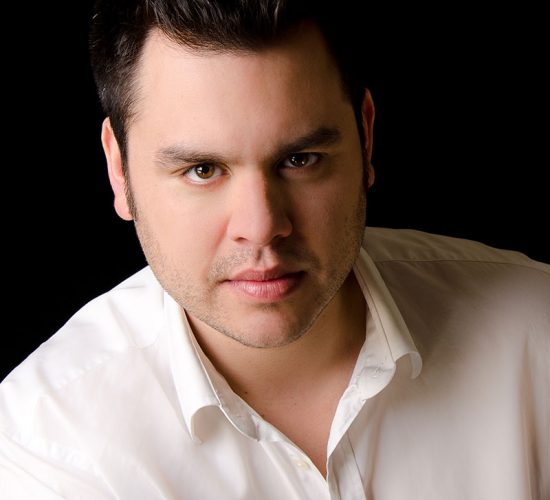 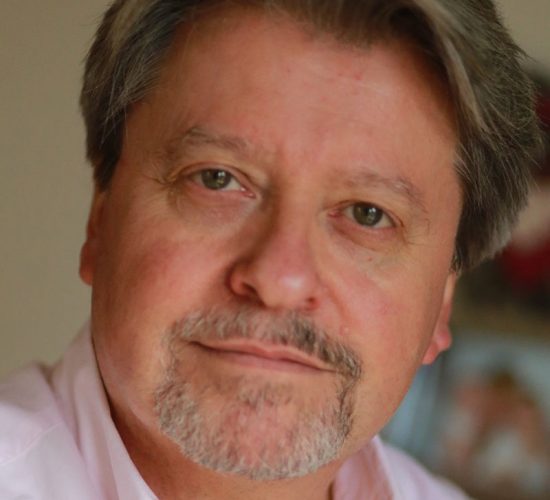 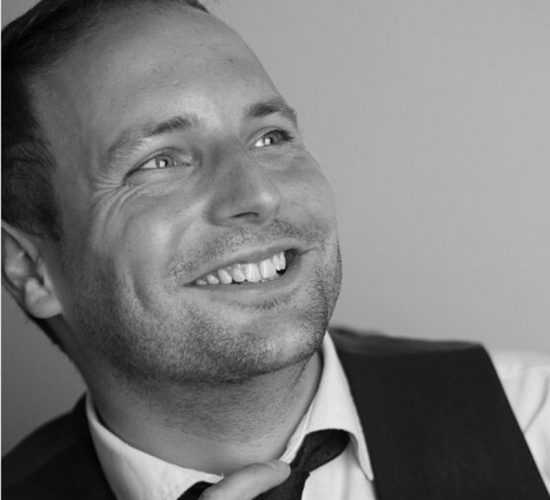 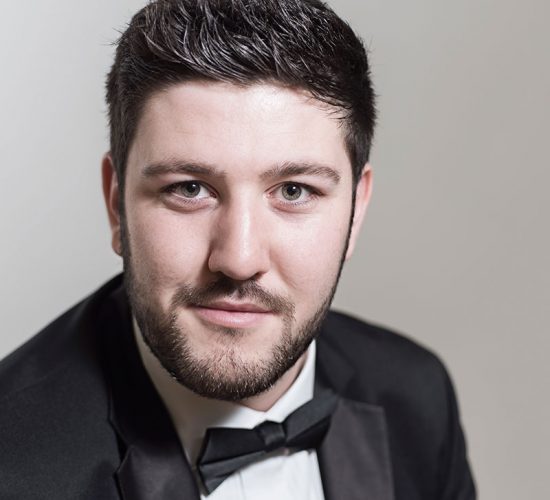 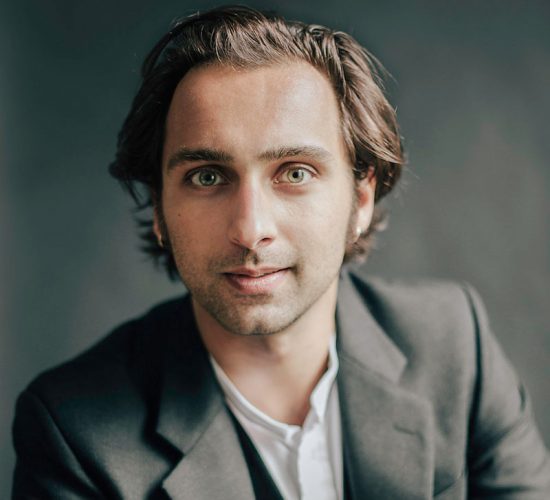 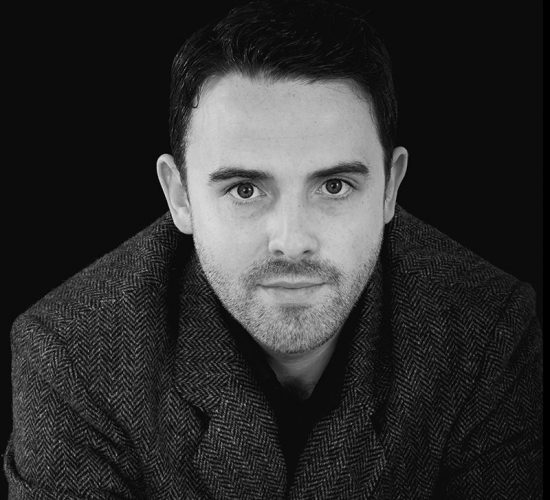 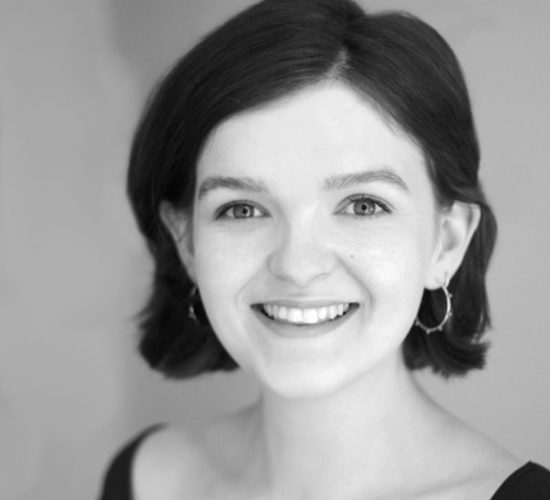 Inside the Church of Sant'Andrea della Valle, Rome 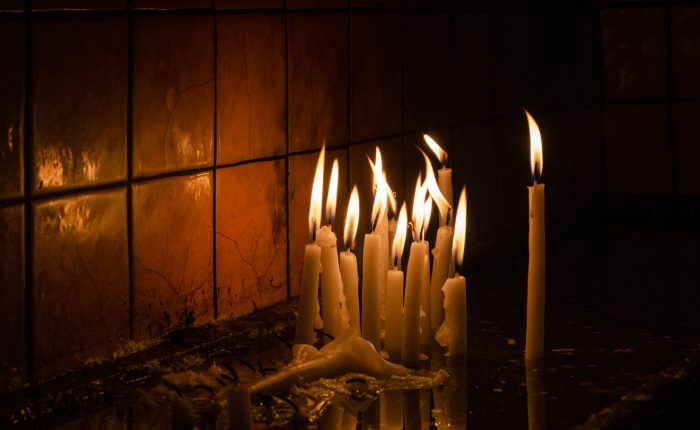 Angelotti, the former consul of the Parthenopean Republic of Naples, has been imprisoned in the Castel Sant’ Angelo by the Royalists loyal to the Queen of Naples under her police chief, Baron Scarpia. Angelotti’s sister, the Marchesa Attavanti, has helped him to escape and take refuge in her family chapel in a disguise she has provided. Mario Cavaradossi, a painter, is working on a picture of Mary Magdalen, modelled on a woman the Sacristan recognises as a recent visitor to the chapel, the Marchesa herself. Cavaradossi sees a resemblance in the painting both to the Marchesa and to his beloved, the celebrated soprano Floria Tosca. Angelotti comes out of his hiding-place and recognises Cavaradossi as an old friend. Cavaradossi promises to help him escape, but is interrupted by Tosca calling his name from outside the church. Angelotti hides again, and Tosca comes in, full of suspicion and jealousy at the rumours she has been hearing. Cavaradossi calms her fears and together they sing of their love for one another. They plan to meet that evening, and Tosca goes. Cavaradossi is helping Angelotti plan his escape from Rome when a cannon-shot interrupts them: it is a signal that he has been found missing from the Castel Sant’Angelo. Cavaradossi decides to hide Angelotti in his own villa outside Rome. 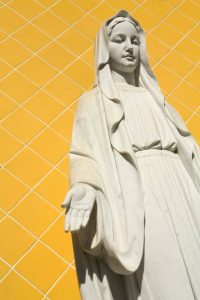 No sooner have they gone than the Sacristan returns, excited by the news (false, as it turns out) that Napoleon has been defeated. He is surprised to find Cavaradossi no longer there. Preparations begin for the solemn Te Deum in celebration of the Royalist victory over the French and the Republicans. Suddenly, Scarpia arrives. He discovers a fan with the Attavanti coat of arms on it, which proves that Angelotti has been hiding in the church. The Sacristan tells him that Cavaradossi’s food-basket is now empty, indicating that the painter must have helped the fugitive to escape. Tosca returns to tell Cavaradossi that a new engagement, to sing a cantata for the Queen of Naples at the Palazzo Farnese as part of the victory celebrations, will prevent her from meeting him that evening. Her jealousy is aroused again by his absence from the church. Scarpia builds on this by showing her the Marchesa’s fan, and tricks her into believing that Cavaradossi is betraying her. She sets off for his villa, where she fears she will find him with her rival. Spoletta, Scarpia’s agent, secretly follows her there. As the Te Deum begins, Scarpia has a sudden flash of inspiration; he will send Cavaradossi to his death on the gallows, and at the same time force Tosca to submit to him. 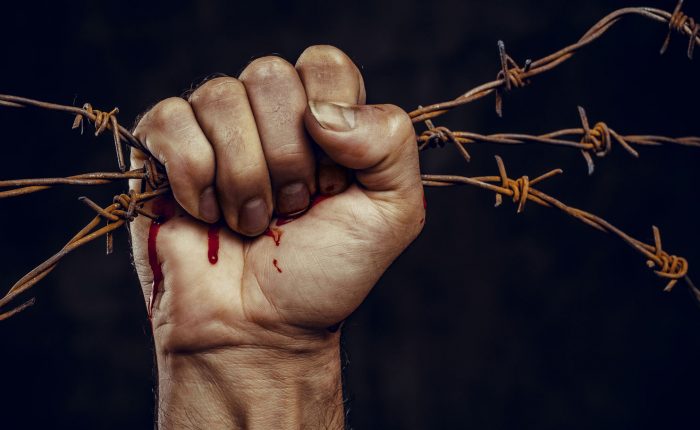 Scarpia sits at his supper and relishes the thought of his plan. A gavotte is being played elsewhere in the palace, where the Queen’s celebrations are in full swing. Scarpia’s agents bring Cavaradossi in for questioning, over the strains of the cantata sung by Tosca. Cavaradossi denies all knowledge of Angelotti’s whereabouts. Tosca arrives (in response to a note Scarpia had sent her earlier). Cavaradossi is taken into the adjoining room and tortured severely in an attempt to make him betray Angelotti’s hiding-place. Tosca cannot bear the sound of his cries of agony and finally succumbs, revealing to Scarpia that Angelotti is hiding in the well in the garden of Cavaradossi’s villa.

Scarpia orders the torture to cease and Cavaradossi is brought in, suffering terribly from his wounds. News arrives of Napoleon’s victory at Marengo, and Cavaradossi revives enough to express his joy. This is enough to sign his death-warrant and he is taken away for execution. Tosca begs Scarpia for mercy, while Spoletta brings more news: Angelotti has been found, but at the moment of his arrest he killed himself. 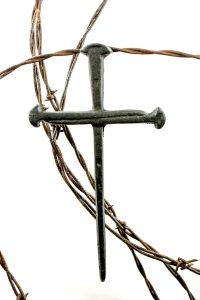 Scarpia tells Tosca that it will soon be her lover’s turn to die unless she is prepared to exchange her favours for his life. Tosca agrees to the bargain and Scarpia tells Spoletta to arrange a mock-execution, but uses a secret message (“Just Like Palmieri”) to indicate that the execution should in fact take place. Spoletta goes. Scarpia signs a warrant for a safe-conduct for Tosca and Cavaradossi, but as he then turns to embrace her she seizes a knife from the supper-table and kills him. 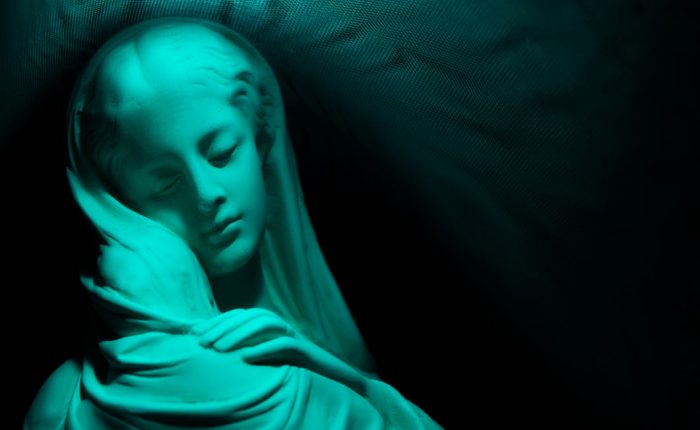 It is early morning and church bells are heard across Rome. Cavaradossi is brought up from his cell, and turns his last thoughts to Tosca. She arrives, having left the Palace undetected, and tells Cavaradossi how Scarpia arranged for a fake execution before she killed him. Cavaradossi must now feign death at the fusillade, and wait until she comes to tell him that it is safe to go. Tosca and Cavaradossi dream of their future happiness together. The soldiers then appear and hold the execution. After the firing-party has left, Tosca tells Cavaradossi to rise, but he does not answer. When she finds he is dead she realises she has been betrayed. She hears Scarpia’s men pursuing her (they have found Scarpia’s body) and Spoletta rushes to arrest her. All is lost and Tosca takes her own life.